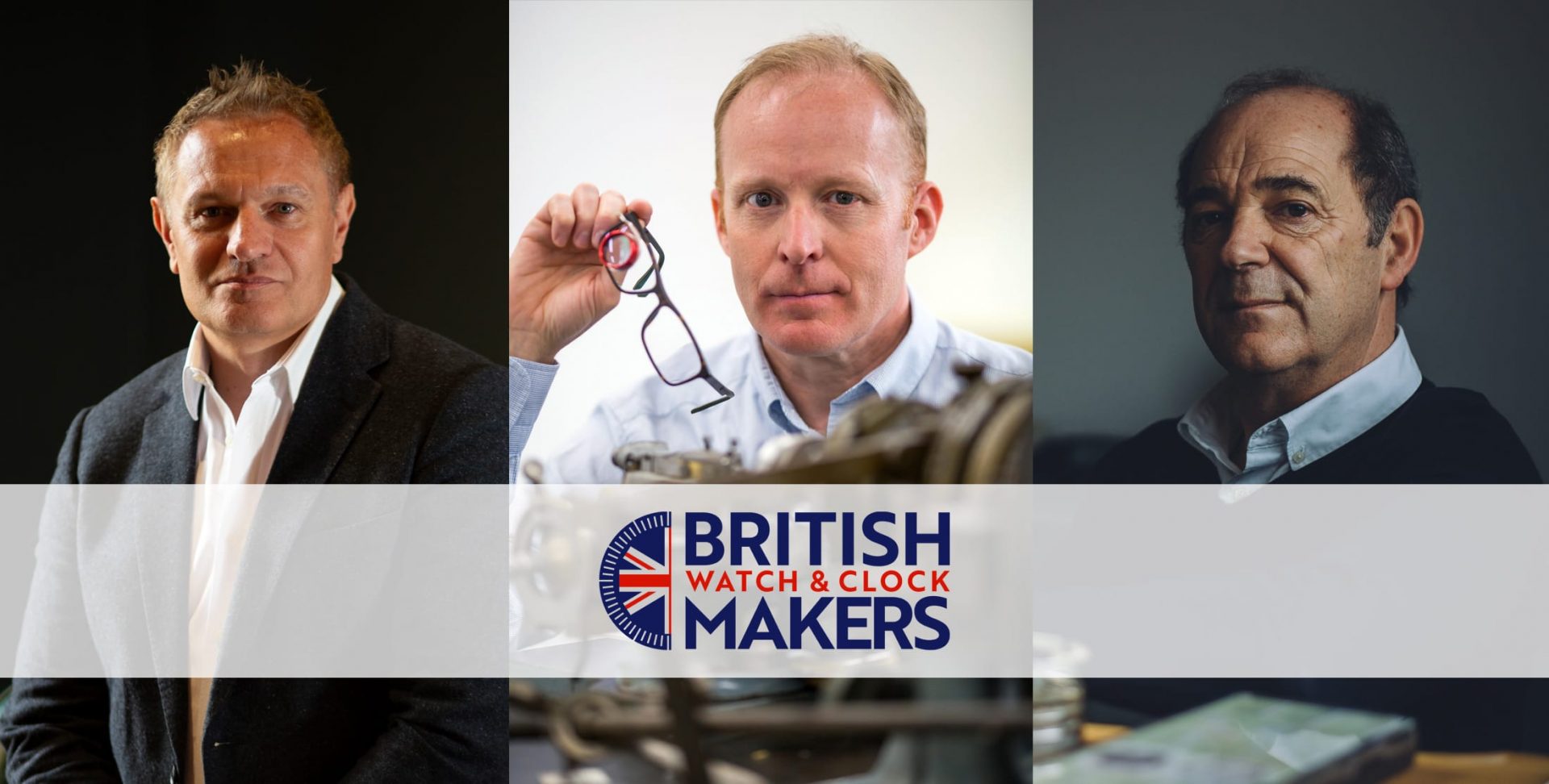 As one of a handful of British watch review sites, I’ve always done my best in supporting British brands and watchmaking. Funnily enough, this Complete List of British Watchmakers is one of the most-read articles on the site, showing the popularity of the subject.

I’ve also been trying my hardest to organise the second WatchIt! Watch Fair. The first happened in November 2019 and was a roaring success; the second has unfortunately been postponed twice because of, well, you know. But, nearly 30 British brands are signed up once we are allowed to meet together once more in this capacity.

Therefore, I was delighted to receive a press release last month (October 2020) regarding the newly founded Alliance of British Watch and Clock Makers. This article might seem a bit late, but trust me – it’s worth waiting for, as the three founders Roger W. Smith OBE, Christopher Ward co-founder Mike France, and GREAT Britain campaign ambassador Alistair Audsley have been gracious enough to complete a brief question and answer. 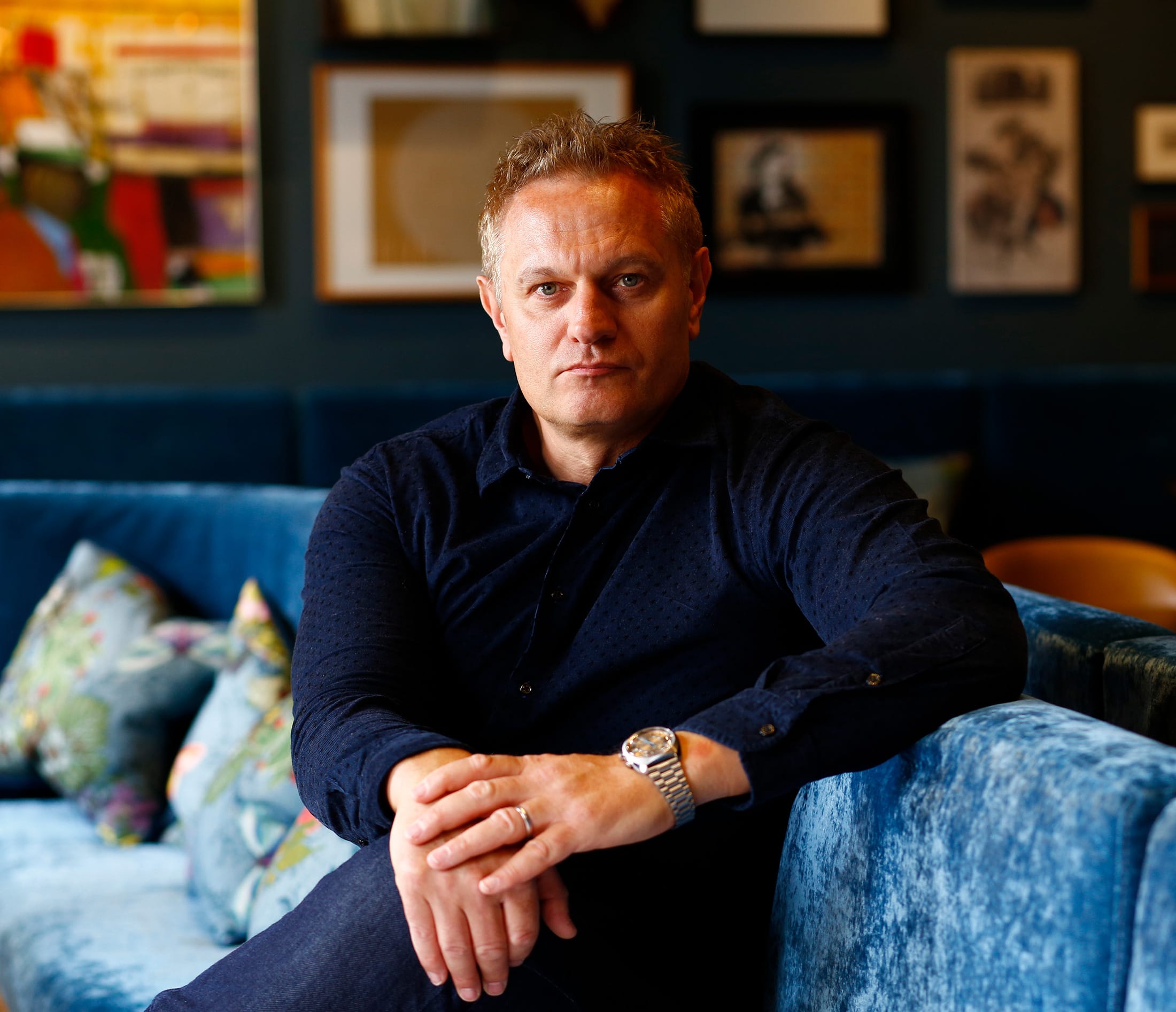 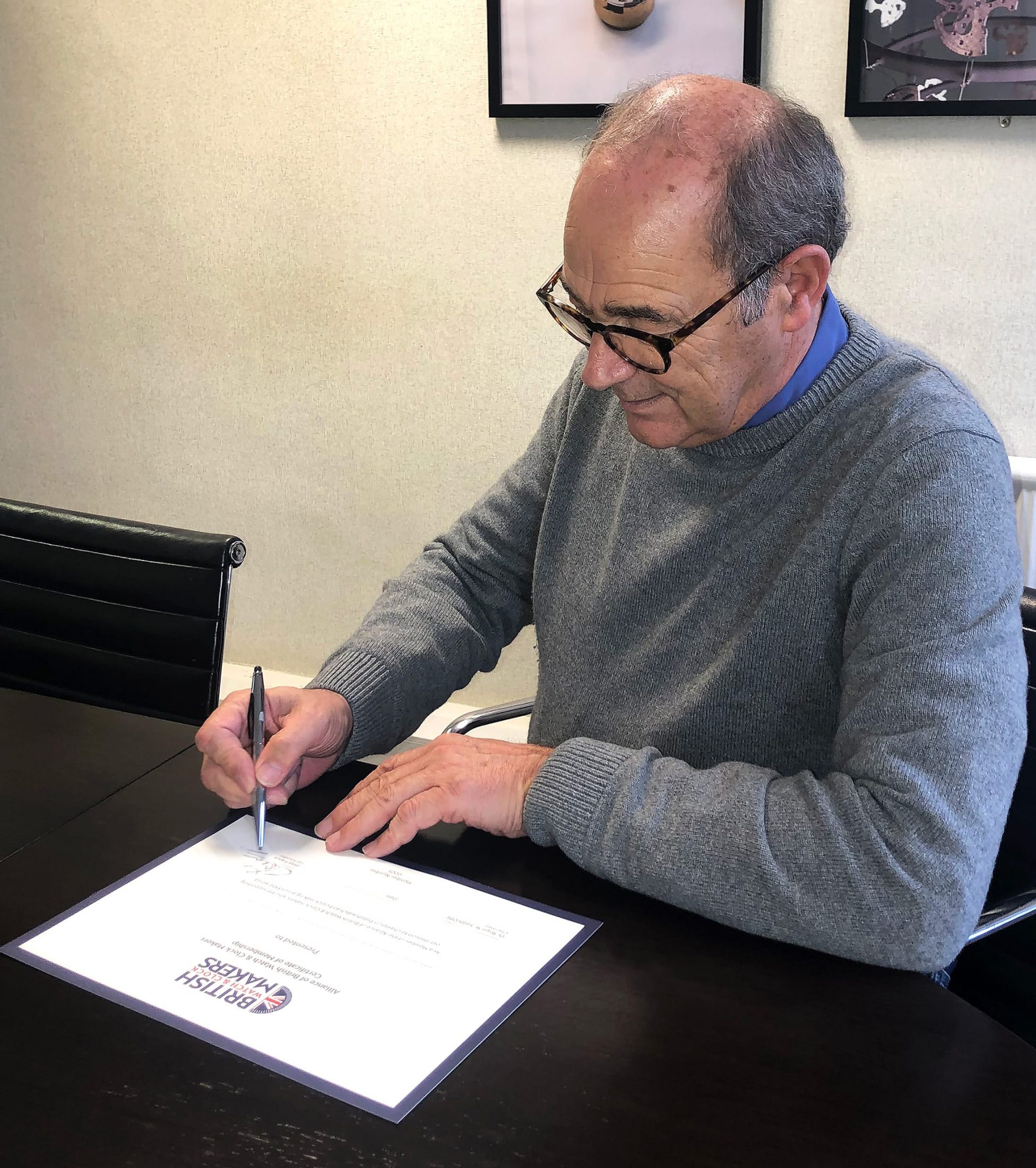 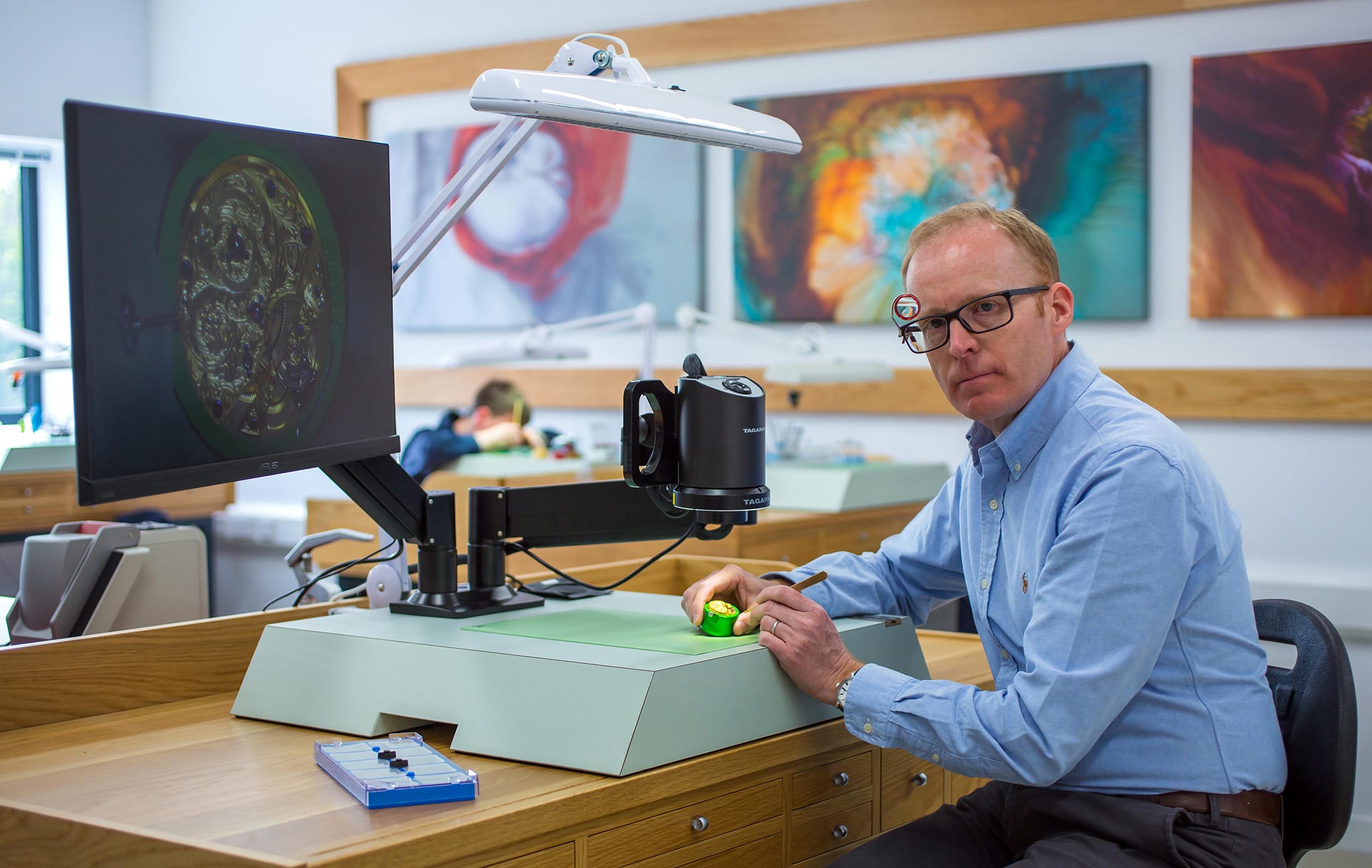 Sounds great, right?! This coming January, the first quarterly virtual events will start taking place. To enjoy them, we’re all encouraged to become a club member (I have). You can purchase membership yourself, or as a gift for someone else for £55; this membership fee directly contributing to help the organisation realise its vision for British watch and clock making. You get a pretty awesome looking welcome pack with a lapel pin, which I am very excited to receive. You can also join as a trade member if you’re a watch brand. More information can be found here: https://britishwatchmakers.com/join-us 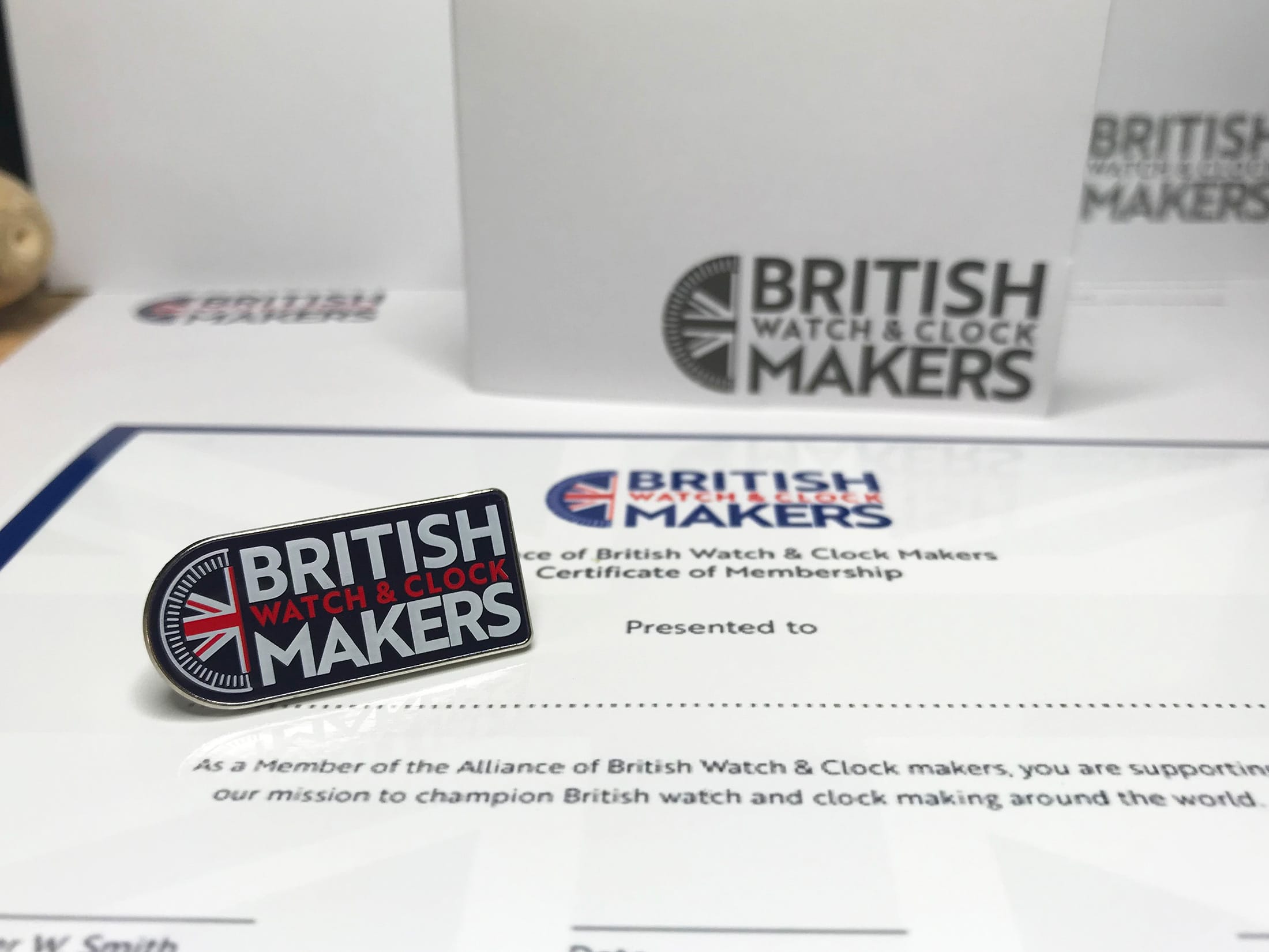 In their press release there was one paragraph that stood out:

Britain has an undeniable heritage of innovation in watch and clock making, and a unique provenance within time-keeping. Observing the resurgence in British watch and clock making – there are now over FIFTY watch and clockmakers in Britain – the need was felt for an organisation that could bring together both new and well-established names to collaborate and drive the British industry forward.

So it’s a very exciting time for British Watchmaking! If I was a British brand, I would not hesitate to become a part of this alliance. Knowing that Roger W. Smith and Mike France are the brains behind it makes it even more certain that this is going to be a wonderful tool to increase the output of proper British watchmaking. Even as a watch British watch enthusiast, it’s a no-brainer thanks to the following benefits:
– Exclusive Alliance of British Watch and Clock Makers members pin
– Access to exclusive Special Editions from Member watch and clockmakers
– Priority access to select meetings and special virtual events including Open Dial sessions, where British watch and clockmakers give insights into their work and new products
– Priority access to video recordings of events (2 months ahead of public posting)
– Certificate of Club Membership
– Digital badge for social media and emails

So let’s get into the juicy bit, the Q&A! My thanks go out to the three founders for taking the time to respond to my questions.

What benefits will becoming a member bring to British watch brands?

ROGER W. SMITH: The benefits will be sequential. Firstly, by joining together within a Trade body, we can achieve recognition of British watch and clock making as its own sector in the economy.
One of our members related their frustrations that there isn’t even a ‘watchmaking’ category in the UK’s business directories. We want to change that, and one of the immediate benefits for our Trade members will be the ability to participate in, and benefit from, the findings of the Bellwether survey into our sector that we have commissioned from KPMG.

ALISTAIR AUDSLEY: Similarly, there has previously been no representational voice for our sector. For instance, to explore working with Government on international trade opportunities for British watchmaking is an entirely different conversation when you’re a trade body. For British watch and clock brands, I’d like to think that ’stronger together’ actually means something in the Alliance.

Being part of a trade body also means that members can have an active role in steering the direction of the sector. The Bellwether report will provide objective insights into the opportunities and challenges facing British watch and clock making so that we can devise a strategy to best approach these. Ultimately, there should be a linear benefit to individual brands from the promotion and growth of our overall sector.

ROGER W. SMITH: What’s important to me as well is that it’s about encouraging supply chain and talent. As individual businesses it is very hard to make a case for supply chain to emerge, to produce cases, dials and other components. As a trade sector, when you multiply that demand, it has a chance of becoming a viable proposition. Similarly, jobs can become careers when you have a sector.

ALISTAIR AUDSLEY: We’ve already had a fantastic reaction from the trade with 30 British brands having joined within the first week.

What benefits would watch enthusiasts get by obtaining a membership?

ROGER W. SMITH: Much like the Trade, the benefits for enthusiasts in joining our Club will grow as we grow. Initially, it’s an opportunity to join us at the very beginning and to support what we’re doing. We’ve created an initial limited edition lapel badge (750 pieces) along with a hand signed certificate for our initial Club members but now we’re rapidly building our membership the benefits from gaining an inside track on our member brands will become self-evident as we introduce priority access to new products. Club members also have exclusive access to our events. These are virtual to begin with – and we’ll always have a virtual aspect to our events to ensure our global enthusiasts can participate – but we’re planning some great gatherings once the world returns to normal.

What does the Alliance hope to have achieved in 5 to 10 years?

MIKE FRANCE: One of, if not the most important thing we can achieve is to be relevant to our members. If we achieve this it will be because they have seen benefits accruing from their membership.
For trade members we want to help them grow their businesses and for club members to feel close to and part of the renaissance of British watch and clock making. No pressure then!

How long before more watches are completely built in UK (excluding R W Smith) and how will the alliance help this along?

MIKE FRANCE: It’s impossible to say and, to be perfectly honest, I think it is more important that every year there are more and more British made components finding their way into our watches and clocks because they win out against the competition for innovation, quality and value with a particular focus, perhaps, on the first of the three. We’re a nation of innovators and imagineers (see Formula 1 for all the proof needed) and I don’t see why we shouldn’t be leaders again in horological advances. By throwing a light on the sector and encouraging the brightest and the best talent to want to become involved and invested in watch and clock making, the Alliance can act as a sort of Petri dish to aid the growth of innovation and excellence.

How does the Alliance help with education? Are there options for watch enthusiast who just want to expand their knowledge?

ROGER W.SMITH: We will hopefully help education in Britain by creating more vocational demand for skilled and talented people. We want to present watch and clock making in Britain as an ‘open door’ and an exciting career choice for anyone with the right aptitudes to enter this very special world. On our website, we have already placed some basic guidance and links to our leading British horological educational establishments, such as Birmingham City University and the British School of Watchmaking, as well as the BHI of course.

ALISTAIR AUDSLEY: Ultimately we want to promote education through opportunity. With that in mind, we also offer students on accredited British courses free Club membership to encourage their own participation in the Alliance – they are very much the future of the sector!