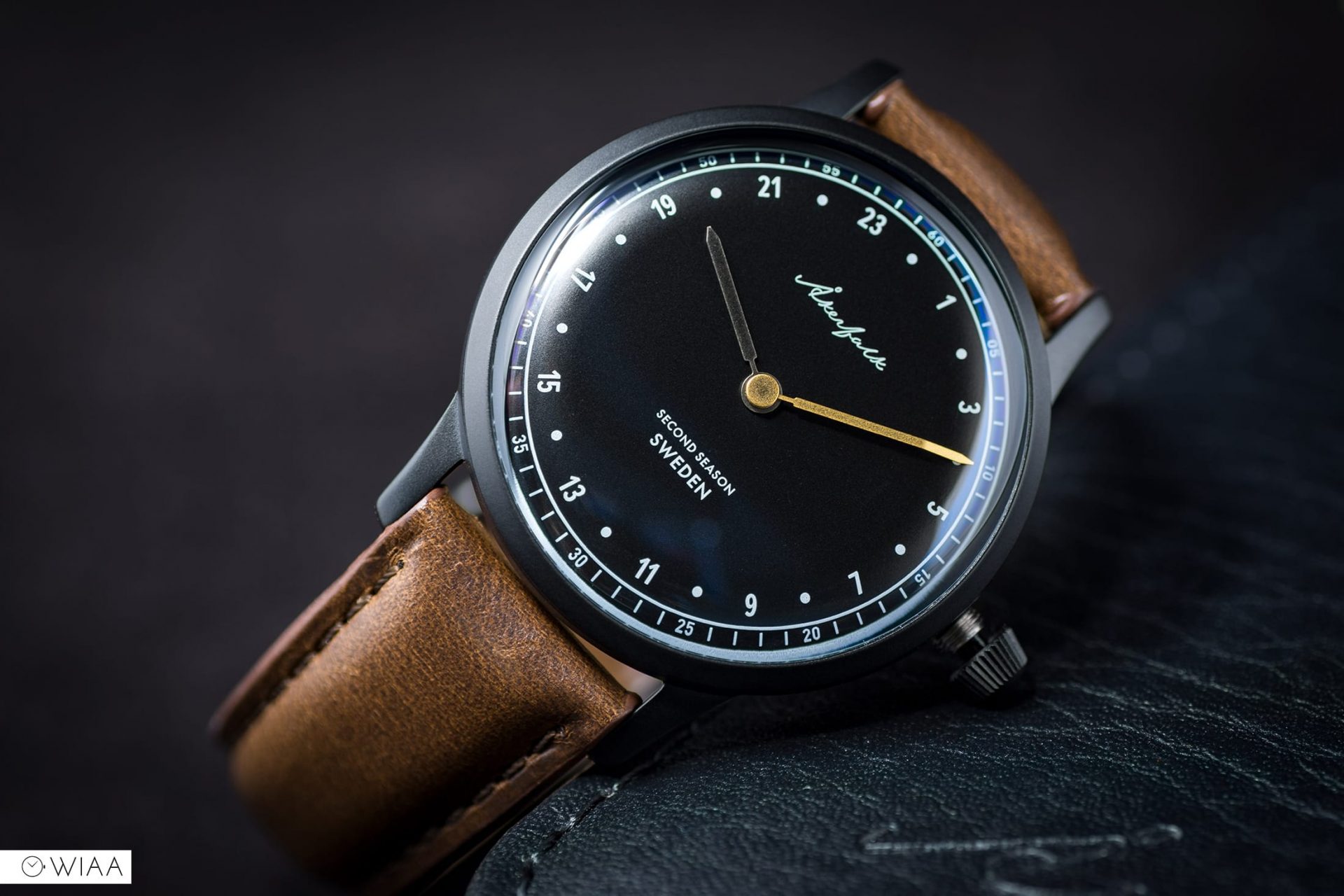 Cameron is an avid enthusiast and is forever seeking the best value watch the wrist can wear. His collection of timepieces numbers more than 70, and he has reviewed more than 200 watches since 2013. His love for vintage Timex is only surpassed by his love for authentic microbrands and the experiences they bring.

Six months ago the Akerfalk Second Season arrived at my door. In a year of tumultuousness, shipping delays, and Covid-induced stock shortgages, the idea of a new watch from a Swedish microbrand reaching my Canadian address seemed far flung, but the Akerfalk arrived and here we are.

Joshua, WIAA frontrunner and watch enthusiast extraordinaire, reviewed the First Season nearly 2.5 years ago, as did I just a couple of months prior to that. Both reviews were complimentary of the minimalist Swedish timepiece, and I’m happy to say that my second go with the brand has proven to be an appropriate follow up.

The Same, but Different

Aesthetically, the Second Season plays on the strengths of the First, but also differentiates itself in three meaningful ways:

These three changes are quite small and unlikely to be your “game changer”, but given the downsizing of the case, these small reductions go far preserving the feeling of minimalism of the first. Despite a 10% reduction in overall size, the Second Season feels just as spacious and open as the First.

Importantly, both the First and Second season are for sale alongside each other. The Second Season is not a replacement for the first; it is a complementary piece that offers wearers more options when picking their wrist companion of choice.

The Second Season Preserves its Charm

What made Akerfalk’s inaugural watch notable was that it was one of the few 24H dial watches available from a microbrand in 2019 that used a Swiss movement. Here we are staring down 2022 and still, 24H dial micros are uncommon.

Perhaps 24H dials are viewed as a novelty by some, but I personally don’t see them that way. I like the pacing a 24H dial brings to timekeeping, and I like being able to use my watch as a true allegory for progression throughout the day.

But, most importantly for this Akerfalk, I like how the dial and watch are put together. The watch is an excellent example of where less adds up to more. A few touches I appreciate:

But It’s Not Perfect

While the Second Season is a great follow up to the first, there are a few things I’d change if I could:

Consider that the above list is after spending nearly six months around my wrist – pretty minimal feedback, I’d say!

My style clearly aligns on the “less is more” motif, and in that way, Akerfalk’s entire range speaks to me. I like the clean, uncluttered lines and the focus on minimalism and simplicity. From an aesthetic standpoint, the Second Season is not a “stunner” in the traditional sense, but it is a fine looking watch and one that I think will complement just about every wrist.

Considering my criticisms lie with minor things and the crystal, it’s very fair of you to assume that, if you like how the Second Season looks, you’ll also like how it wears. The weight, size, and style all combined to create a timepiece that is at home on your wrist.

Given the cost of things in today’s world, the Akerfalk Second Season feels like an acceptable buy at its MSRP of $275 USD.