We all know that rightly or wrongly, Rolex hold the crown when it comes to Swiss dive watches. Their reputation precedes them, and as a result new Submariners and Sea-Dwellers are in short supply.

It’s therefore only natural that many people would consider buying a second hand Rolex. Of course, as you’re probably aware, the price of even a 20 year old sports model is quite frankly outrageous at the moment. For example a quick search on Chrono24 for a Rolex Sea-Dweller that’s about the same age as the one I have here, shows that it will set you back around £7,000.

With prices so high, I couldn’t help but wonder how an older Rolex compares to a newer, cheaper alternative, such as a Tudor. Well luckily I’ve got access to a Rolex Sea-Dweller 16600 from 2002, so let’s find out!

I’ll be comparing the Sea-Dweller to the popular Black Bay 58, partly because they’re both somewhat similar in design, and because they’re the only two similar pieces I have access to at this price point. Due to the similarity of design, and our own individual tastes, I won’t compare the designs directly. Instead I’ll focus on comparing the fit, finish, lume and movement. 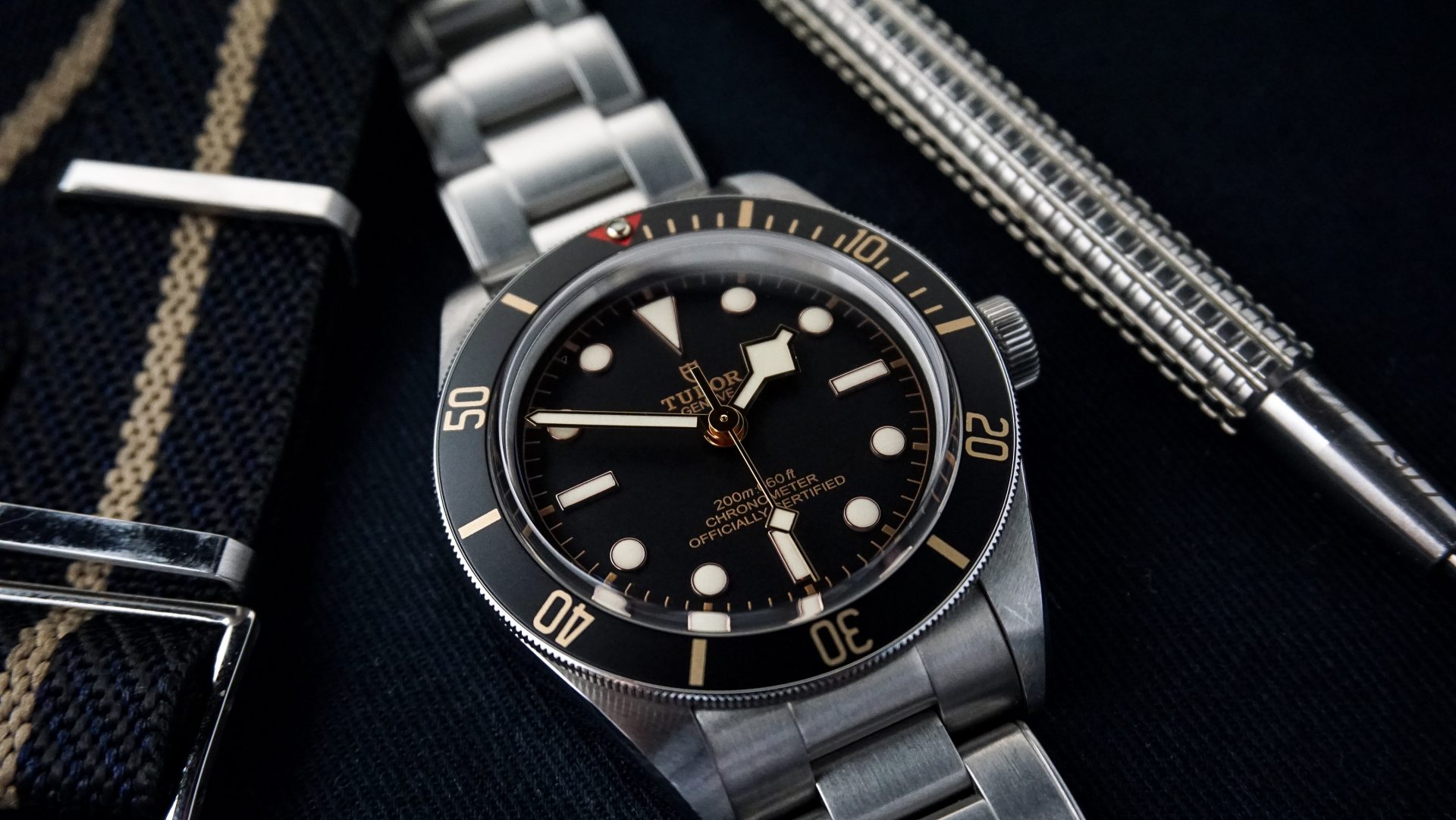 Regarding the finish the biggest difference is between the two bezel inserts. The anodising on the Rolex’s bezel is noticeably rougher than that of its cousin’s. It’s a small difference, but one which dates the Sea-Dweller when it’s placed next to a new watch.

Of course the obvious thing to bear in mind is that this Sea-Dweller is 17 years old. If you’re looking at one similar to this then it’s highly likely that it will have a few scratches and scuffs.

To be honest the dials of both watches are flawless to the naked eye, so I’m calling that a tie. I think that the “fit” is what really surprised my about the Rolex. If you read or watched my review of the Black Bay 58 you’ll know that everything on that fits incredibly well. The bezel is has no play, nor do the end links, and the crown is buttery smooth. The Sea-Dweller is the same. This is perhaps not surprising to Rolex fans, but to a novice like myself it was somewhat unexpected given the age of the watch. As I mentioned in my review of the Tudor, the lume is exceptionally bright. It charges easily in the day, which guarantees legibility in the dark without needing to “charge” the lume with a torch. Unsurprisingly the lume of the Sea-Dweller is also very good. I think that the lume on the Rolex has probably degraded a bit with time. It is not as vibrant as I think it would have been when new, but it still glows nicely. When it comes to which is better, it’s an incredibly tough call. That said I think realistically the Tudor is just a tiny bit better, simply because it is not only newer, but also has bigger hour markers. Whilst both are COSC certified chronometers, and beat at a frequency of 28,800 beats per hour, I think Tudor’s movement edges out in front.

The MT5402 also uses a silicon hairspring compared to the “Parachrom” hairspring in the Rolex. Whilst both are resistant to magnetic fields, I believe the silicon offers greater durability in terms of other factors such as thermal resistance. (Though I may be mistaken on that point).

For further details on the difference between the two hairsprings, check out this great article from Quill and Pad.

From my virtually layman’s perspective, the Tudor MT5402 has the edge over the Rolex cal. 3135, thanks to that longer power reserve. That said I’m not a watchmaker, so I can’t give as educated an opinion as I’d like, especially in regards to longevity and design quality. I have to be honest and say that despite their difference in age, there’s not as much of a difference in quality as I first thought. When I first came up with the idea for this piece I expected to be lambasting the Rolex for feeling terrible next to the Black Bay. However my preconceptions were wrong.

Whilst I think the Tudor edges out in front, the Rolex still holds its own 17 years after it was made. Sure, if you’re picking one up second hand then it will have a few scratches, but the dial looks as fresh as it did in the shop window. It also feels very solid and well-made thanks to the tight bezel action and smooth crown.

However I think that ultimately the Tudor is the better watch. The fit and finish is just as good, but you can buy in new, and therefore enjoy a watch in mint condition. The lume is also considerably better thanks to it being a newer watch. The biggest edge the Tudor has is that in-house movement. In my opinion the 70 hour power reserve puts it clearly ahead of the Sea-Dweller.

Of course all this is just my opinion, and quite frankly a bit of fun, so if you disagree with my assessment then feel free to get in touch and let me know!