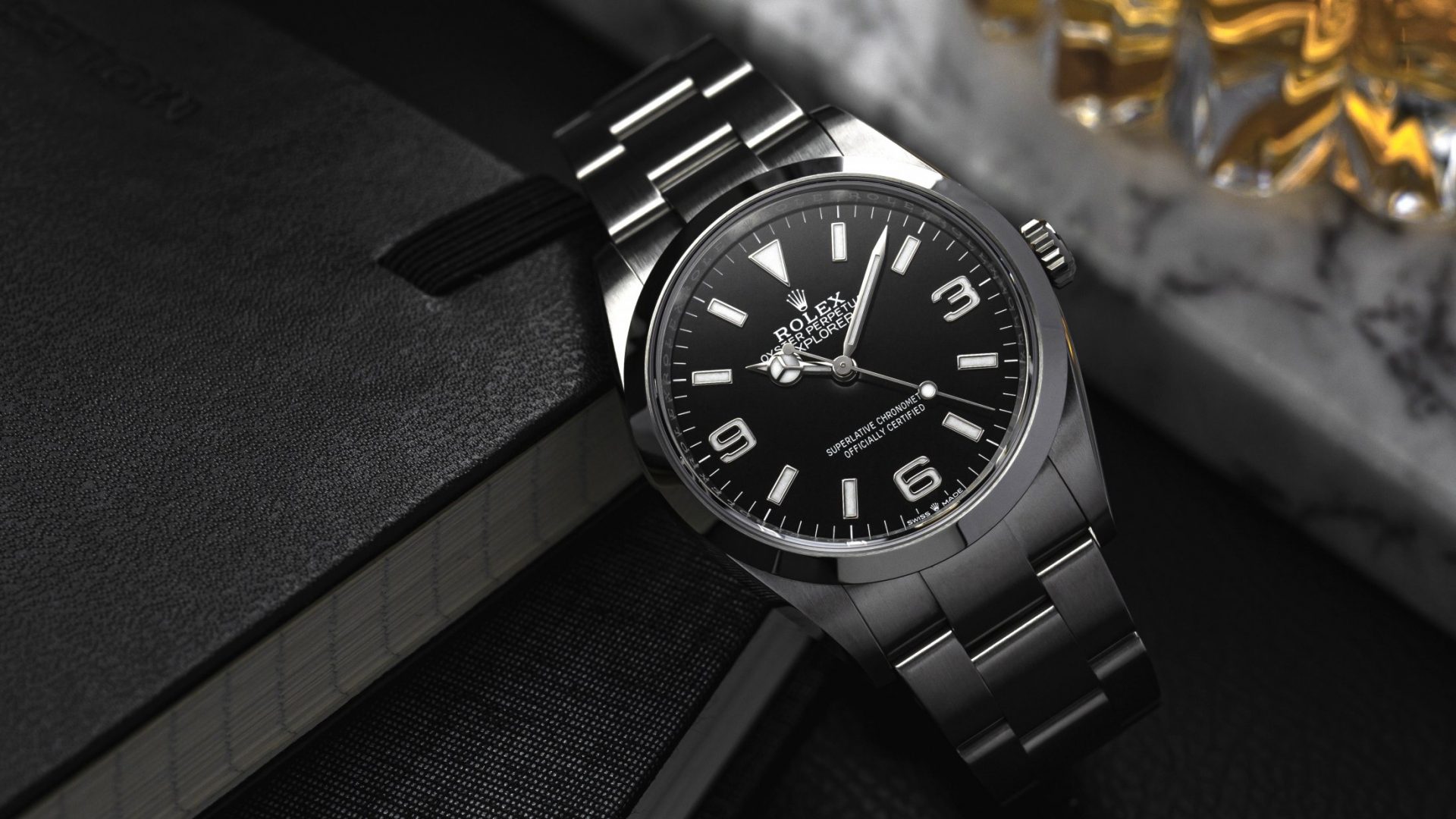 It’s somewhat ironic that though Rolex has a plethora of sports models in its current catalogue, one of its most sought-after and revered models is the humble Explorer. I say ironic because, whilst the Explorer is an iconic watch, it’s probably Rolex’s most understated and subdued sports watch.

The Rolex Explorer has been a mainstay of the brand’s line-up since 1953, when it was introduced following the successful expedition to the peak of Mount Everest by Sir Edmund Hillary and Tenzing Norgay. Both men were given watches by Rolex to wear to the summit, and it’s in honour of their achievement that the Explorer was named.

Since then it’s become a staple of the Rolex collection, undergoing several updates over the decades. Of course, the elephant in the room is that Rolex models are exceptionally hard to come by these days. However, that’s a story in itself, so I’m going to set that aside for another time and focus on just the watch itself.

Despite its reputation, at first glance, the Explorer might seem a fairly humdrum watch. The specs are after all, identical to that of Rolex’s entry model, the Oyster Perpetual. However, the specs aren’t what makes the Explorer special. What does is how Rolex has executed the latest version of a design that’s existed for nearly 70 years.

Whilst the previous Explorer was 39mm, the current Explorer 124270 has made a welcome return to the 36mm Oyster case that’s been traditionally used for the model. Contrary to popular belief, the case is made from 904L steel, not unobtanium. Rolex uses 904L steel because it is more corrosion-resistant and takes on a better shine when polished compared to the more commonly used 316L steel.

Whilst the classic Oyster case is nothing new, I was immediately taken in by its beauty. The case sides have a subtle curve and the smooth polished bezel looks exceptionally crisp. Combined with Rolex’s incredibly high standard of finishing, the Explorer feels downright luxurious to hold.

The Explorer features a Twinlock screw-down crown, which helps give the watch its 100m water resistance. It’s not a particularly high rating, but for the average wearer, it will be all you need.

The watch wears very well on the wrist, being a relatively slim 11.5mm thick. In fact, it’s one of the most comfortable watches I’ve ever worn, and I could easily forget I was wearing it. (That is if I didn’t look at it every 5 minutes to admire how goddamn gorgeous it looks).

The lugs are 19mm wide, and whilst this is an awkward size for aftermarket straps, it allows the lugs to be a bit thicker and therefore stops the case from looking dainty. The bracelet feels very solid, and its drastic 5mm taper helps the watch feel quite dressy. However the clasp doesn’t feel too small, and like the rest of the watch, it feels very well made. Though whilst the Explorer fits me perfectly, it would be nice to see the Glidelock on-the-fly micro-adjustment feature on the clasp. Instead, your only option is a 5mm extension link built into the bracelet.

Anyone even vaguely acquainted with the Explorer will recognize its iconic dial layout, and in its current form, it looks as striking as ever.

Beneath the sapphire crystal the white gold markers glisten nicely in the light, with the crisp white Chromalight lume that fills them contrasting brilliantly against the rich gloss black of the dial. At night the Chromalight emits a steady blue glow that’s easy to read in the dark.

One thing that did surprise me was that the hands are thinner than I expected. This means that at times the watch isn’t as hyper-legible as I assumed it would be, but it’s by no means difficult to tell the time.

To the naked eye, the hands are perfectly finished, and the surface of the hour and minute hands is actually rounded. This creates some fantastic light play throughout the day, and it’s the sort of refinement you expect from Rolex.

Inside the Explorer 124270 is the Rolex calibre 3230 automatic movement. This 31-jewel movement was introduced in 2020 and features the latest technology Rolex has to offer. Such features include Rolex’s patented Chronergy escapement, Paraflex shock absorbers, and a Parachrom hairspring.

It would take too long to explain the workings of these proprietary features in detail, but in short they decrease the effects of things like magnetic fields, shocks and temperature changes on the movement.

The Chronergy escapement is also more energy-efficient than that used previously by Rolex, and it’s part of the reason that the calibre 3230 boasts an impressive 70-hour power reserve.

The 3230 is naturally COSC-certified and should be accurate to +/- 2 seconds per day, though this one has actually only gained a second in a week. Overall, the 3230 demonstrates what Rolex does best – produce incredibly accurate and durable timepieces that are as functional as they are beautiful.

It might seem like I’ve gushed over the Explorer in this review, and you’d be forgiven for thinking that I was yet another Rolex fanboy out to lick their boots. But the truth is that I’m actually incredibly put off by the current state of the Rolex market. I hate the games you have to play to buy one from an AD, and the incredibly inflated second-hand prices.

However, despite all that, when I put the Explorer 124270 on my wrist I completely understand why the brand is so highly regarded today. The design is just incredible. Every element is perfectly proportioned and the finishing is very good indeed.

If you’re the type of person who only wants one watch, then I don’t think you can go wrong with the Explorer. It’s a superb blend of understated refinement and technical achievement. This is a tool watch that’s simple, but where every aspect of it has been pushed to be the best it can be.

You can wear it in practically any situation and it’ll keep great time. So, I guess you could say I’m something of a Rolex convert, and I’ll admit I wouldn’t mind adding an Explorer to my collection.

You can read more about the Explorer 124270 on the Rolex website here.