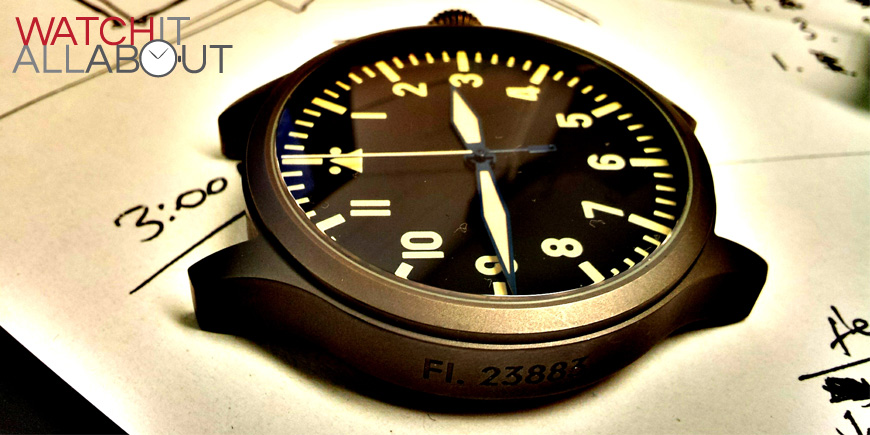 I got the unbelievably massive 47mm STEINHART “Nav.B-Uhr vintage TITANIUM” a few months back. I once I had been wearing it everyday and can give some impressions now…

Firstly, what else am I gonna say, apart from this is huge. By far the biggest watch I have ever seen or owned. But saying that, I don’t actually notice it on my wrist too much. I suppose being titanium it is relatively light for the size of it.

It is an accurate homage to the original Beobachtungsuhr (B-Uhr) watches that were supplied to the Luftwaffe pilots in the 40’s. It even has “Fl. 23883” on the side and caseback which I believe was the original model numbers.

The titanium is of good quality and nicely machined. I like the titanium buckle too, with a nice deep “Steinhart” engraved. I know the strap isn’t to everybody’s taste, but I actually really like it! It is really thick, but it is also super soft and comfortable.

The lume is great – much better than the lume of my Christopher Ward C60. It’s cool because if you look at it in daylight you would never think that all of the markings on the dial are lumed.

ETA 2824 movement. Sturdy as usual, nothing new to report there! Winds nicely. The watch does not have a screw in crown, so like the C8 you just twist it to wind straight away, or just pull it straight out to set the time. The crown is plain with no logo or markings, just the standard ridges for grip. Nicely machined though.

My final impressions: I have grown to like it more and more. New, these are currently going for 430 euros = about £340 gbp. I probably wouldn’t have bought one new, but this one went for a price that I couldn’t resist. It has definitely given me food for thought, and I have wanted a pilots watch for a very long time… and this has definitely satisfied that urge! I personally would prefer the C8, as I’m not too sure about sterile dials. It will definitely stick around for a while though. (until I want to try out a different style watch, that is!)

Anyway, onto some pictures! 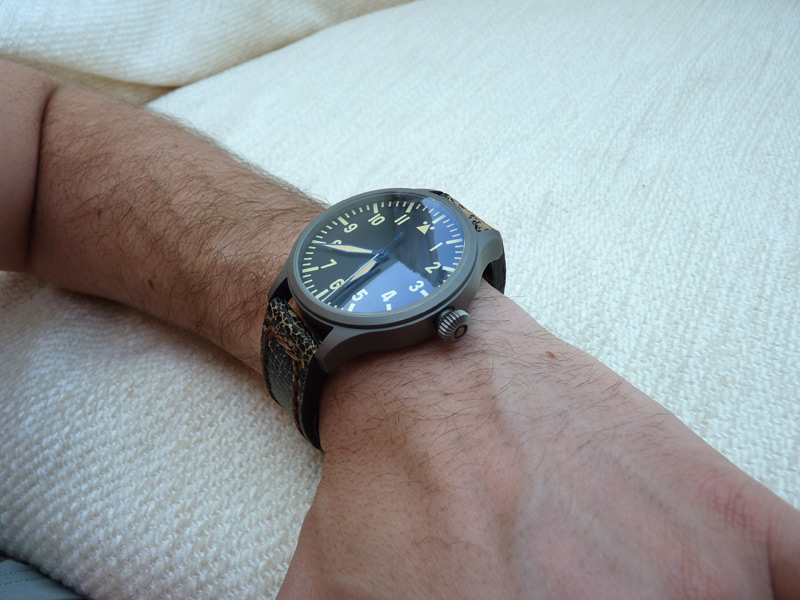 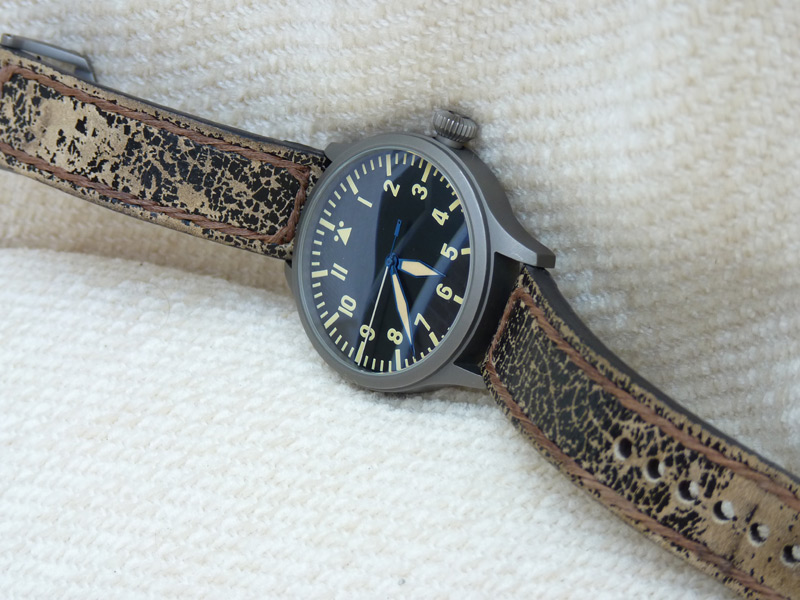 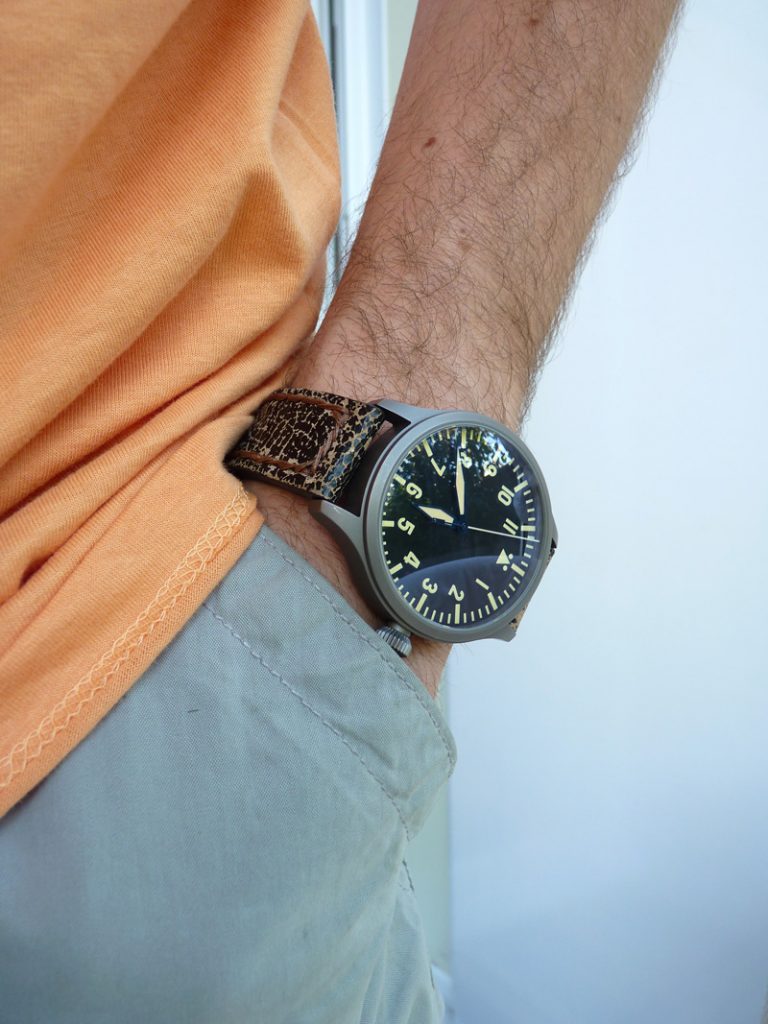 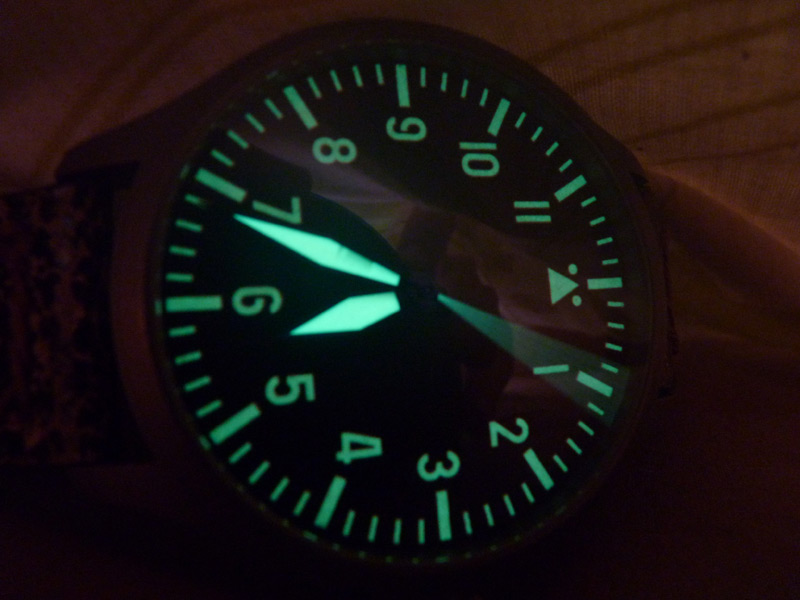 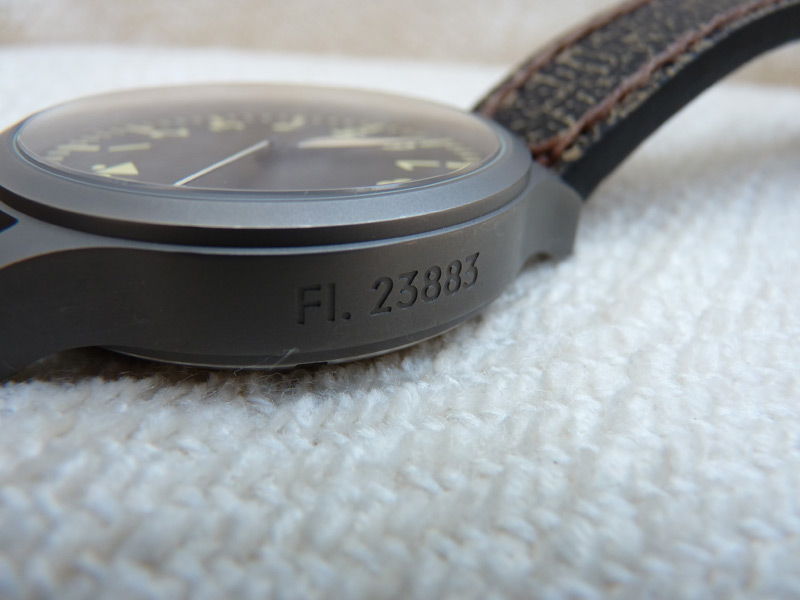 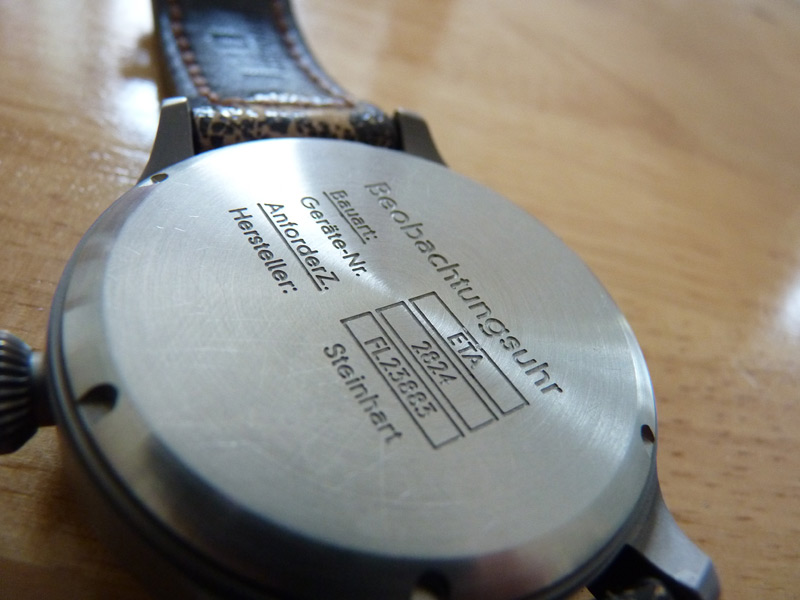 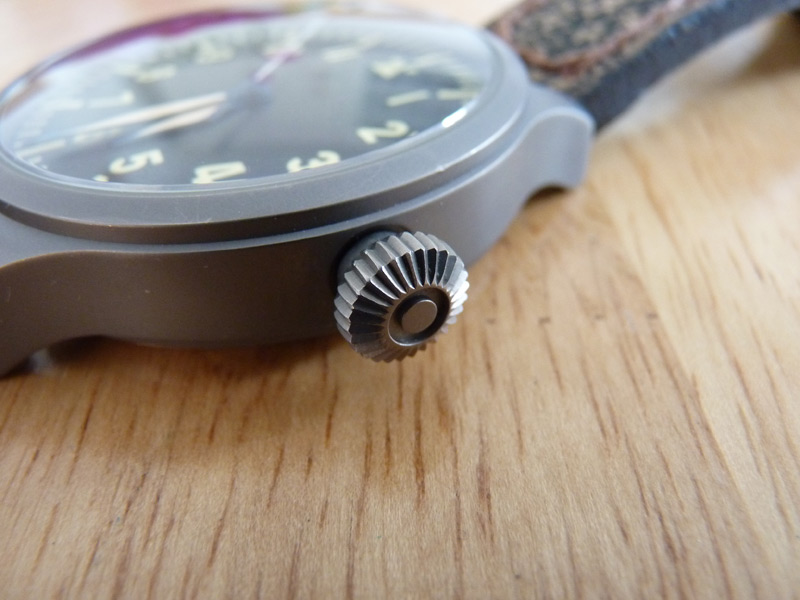 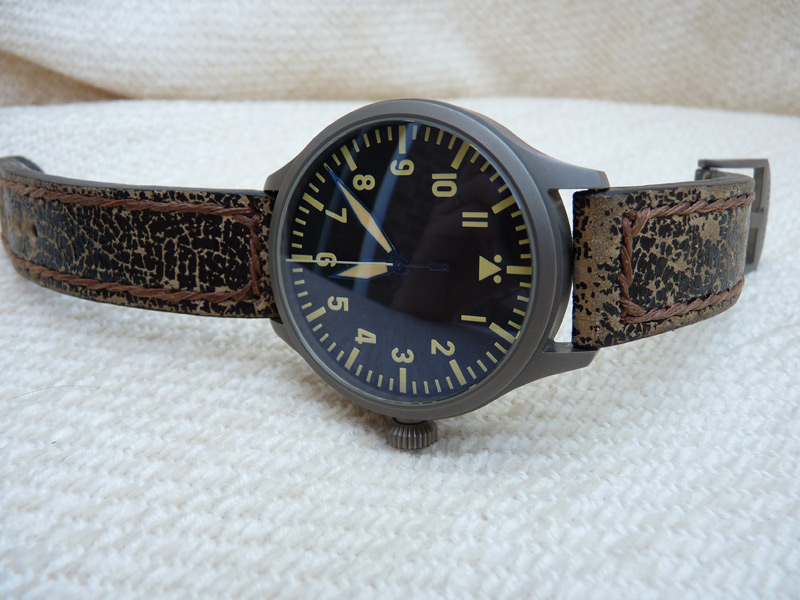 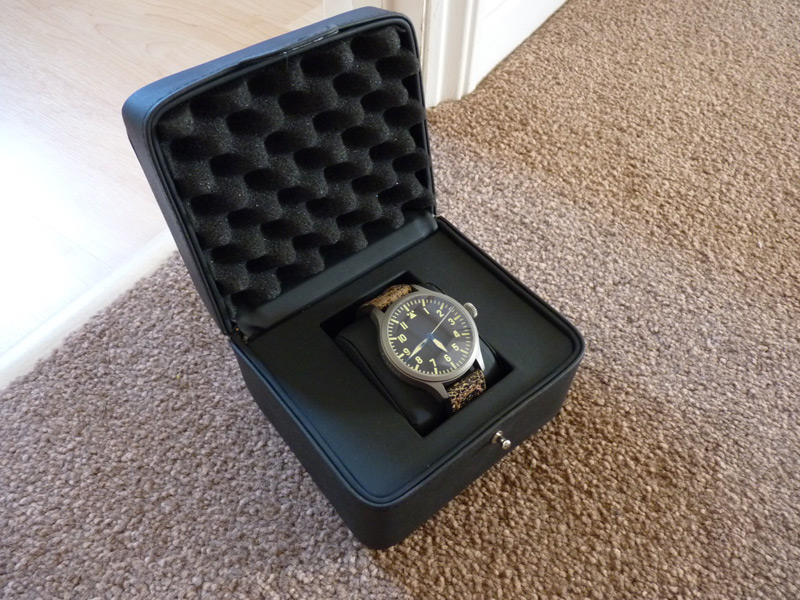