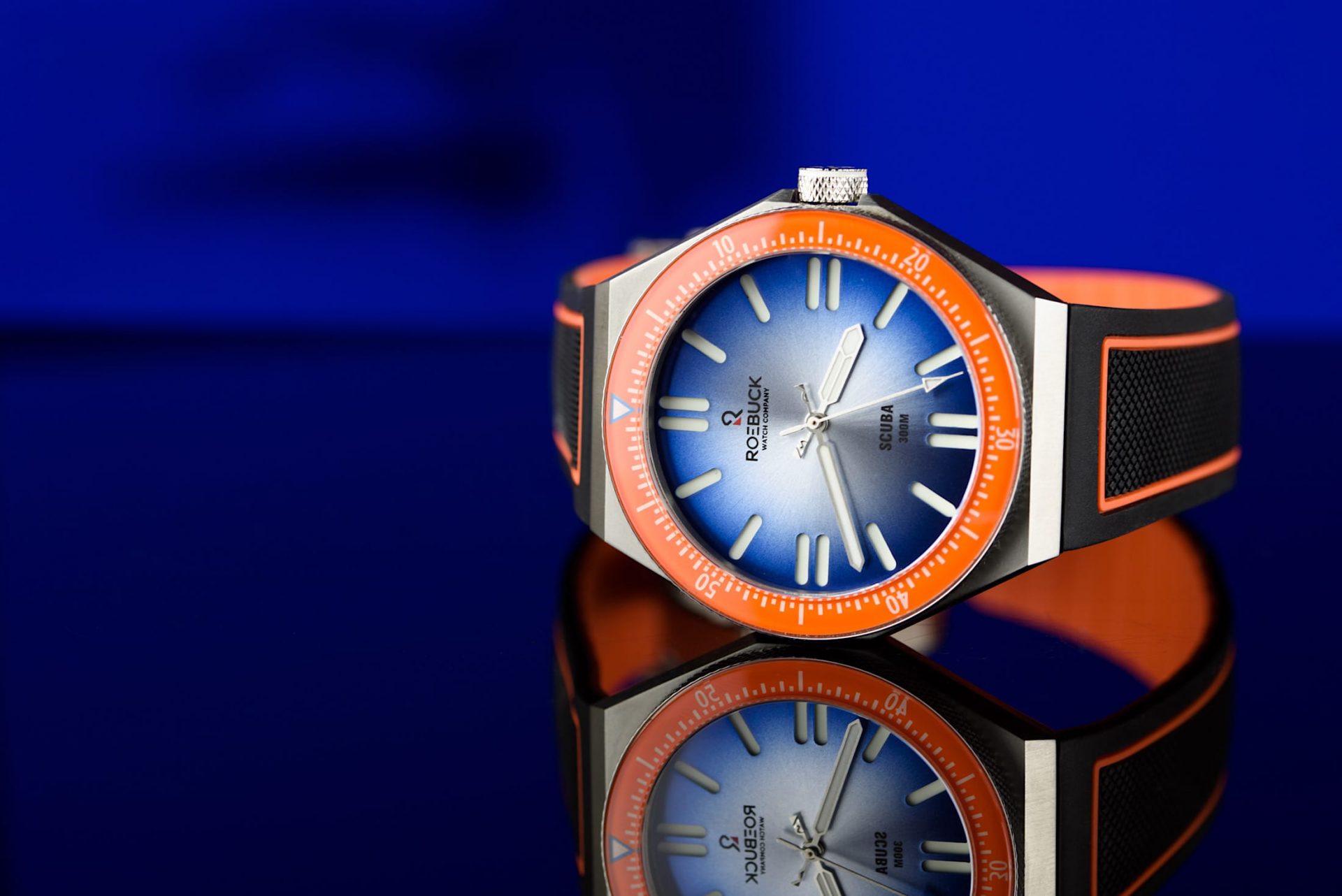 It seems you can’t go a week without seeing a new integrated bracelet sports watch being released. Personally, I’m a big fan, but I’m also aware that not everyone likes a bracelet, and many of those will also want to be able to change straps out quickly and easily. The Scuba is the latest release from Roebuck and taps in to that same style of watch as far as the flow between case and strap goes, but comes fitted with a semi-integrated rubber strap (more on that later). How do the bright colours and retro sports watch stylings stack up? Let’s start with the dial and work out from there.

The Scuba’s dial is a combination of bold colours and retro fumé tones, but there’s actually quite a lot going on. My first reaction was an appreciation of the complementary orange and blue, and the other versions also contrast the dial colour against that of the bezel and strap detailing. Next up was noting just how strong that gradient sunburst effect really is. The dial is a brilliant blue at the perimeter, but almost completely desaturated at the centre. Thirdly, appreciating the sandwich dial with large lumed cut-outs for the indices and a pleasing absence of any minute markers. If you want to read or set the time accurately, then the markings around the full circumference of the bezel are plenty good enough.

Although I don’t really gravitate towards sandwich dials, the effect here (especially in low light) is very good. The large indices, as well as the hour hand and tip of the seconds hand, glow green with C1 SuperLuminova while the minute hand and bezel markings feature BDW9 lume which glows blue. The contrast in colour and shape of the lumed hands is a nice touch, especially as in daylight they seem so harmonious.

The counterweights of the hour and minute hands look a little awkward initially, but every ~65.5 minutes the hands align and the two halves for the R logo of Roebuck.

The octagonal case is reminiscent of the Omega SHOM divers from the 1970s but to label the Roebuck Scuba a homage would be unfair. The case sides and the downturned lug surfaces are brushed and although there was one surface which had some uneven brushing on this prototype the overall quality and effect is good. In addition to the angles created by the eight sides of the case, four of the planes that make up the case sides are angled into two surfaces themselves. The Scuba isn’t a particularly thick watch, but those additional angles help to break up any thickness even further. The bezel that sits above the flat surface of the case is also fairly thin, and my main gripe would be that the polished knurling perhaps isn’t as easy to grip and turn as I would like.

And so to the strap. I mentioned above that this was a ‘semi-integrated’ strap because although it uses standard spring bars, trying to pair a different strap won’t be straightforward. This is partly because the rubber strap fitted is such a good match in terms of width, taper and colour, but also because the tolerance around the spring bars and lugs is so tight that I really doubt you would have much success trying to fit another strap. The rubber strap is accompanied by a signed folding clasp where the tail end is clamped in place and then tucks inside. The results is a neat looking clasp that wears very comfortably. Although it took a bit of effort to pull the strap through the clasp to the correct position, it does give me confidence that it won’t work itself free very easily.

On my wrist the Roebuck wears pretty compact. It certainly doesn’t feel like a 42mm diver often can, and that’s owing to the short lug to lug length and the lightness of a rubber strap. I really do like the look and feel of the rubber strap as a well thought out part of the whole design, but I wonder if over time I would lament the lack of opportunity for strap changes. The Kickstarter campaign for the Roebuck Scuba is targeted for 6th July with prices starting from $400. 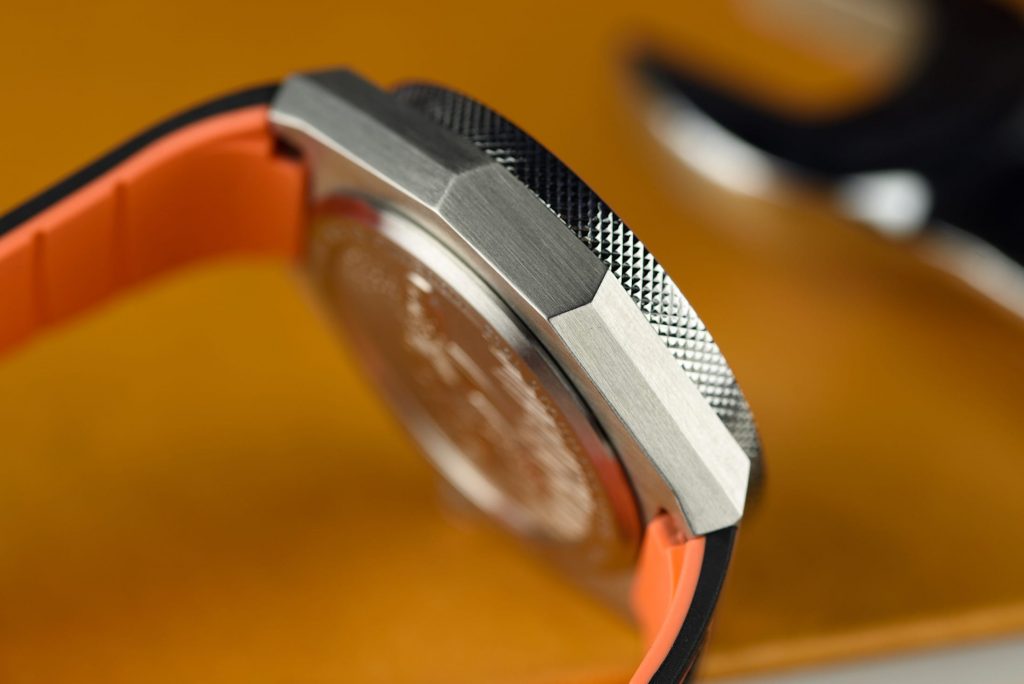 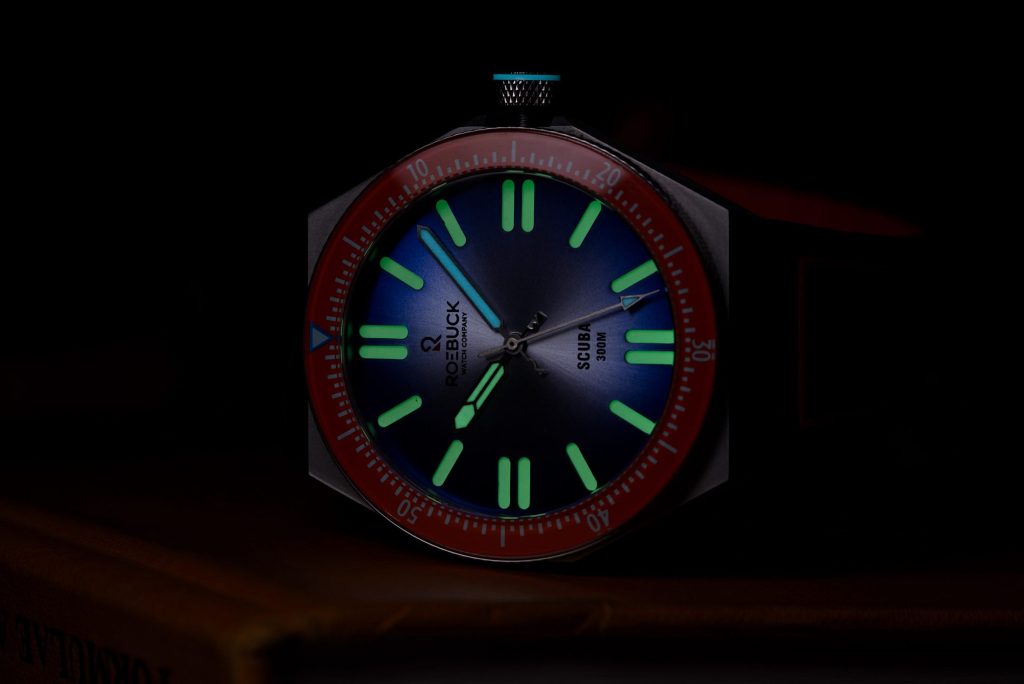 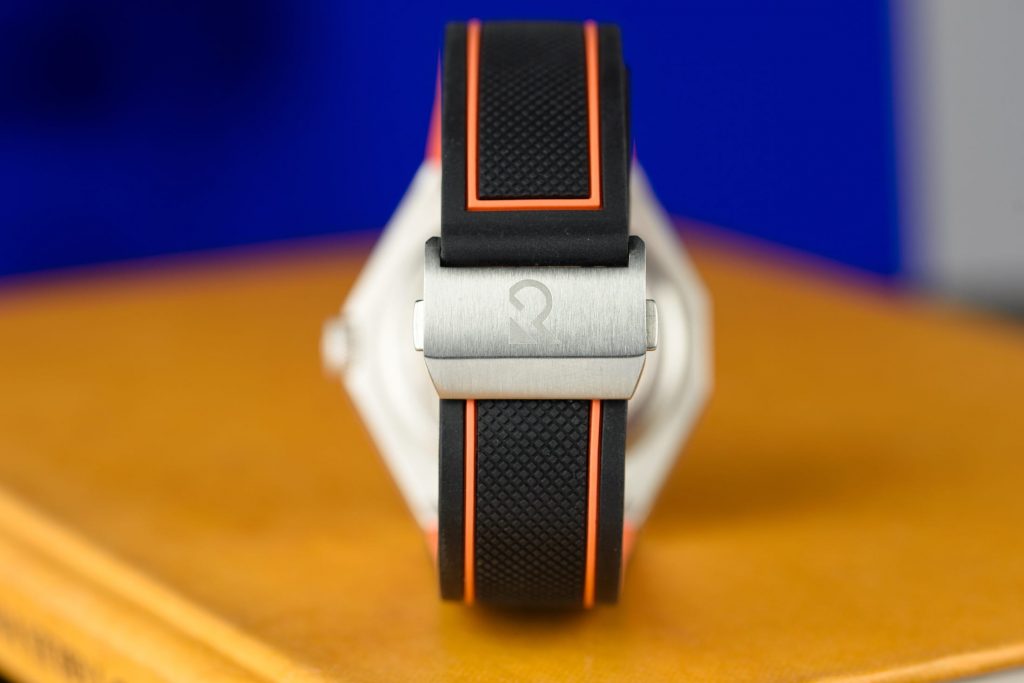 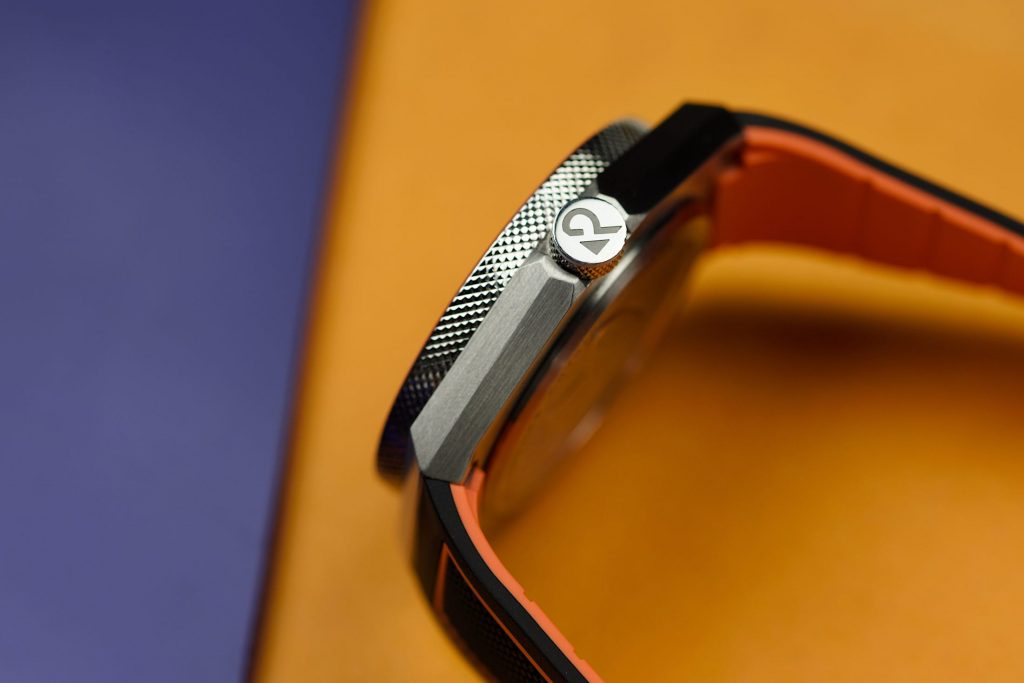 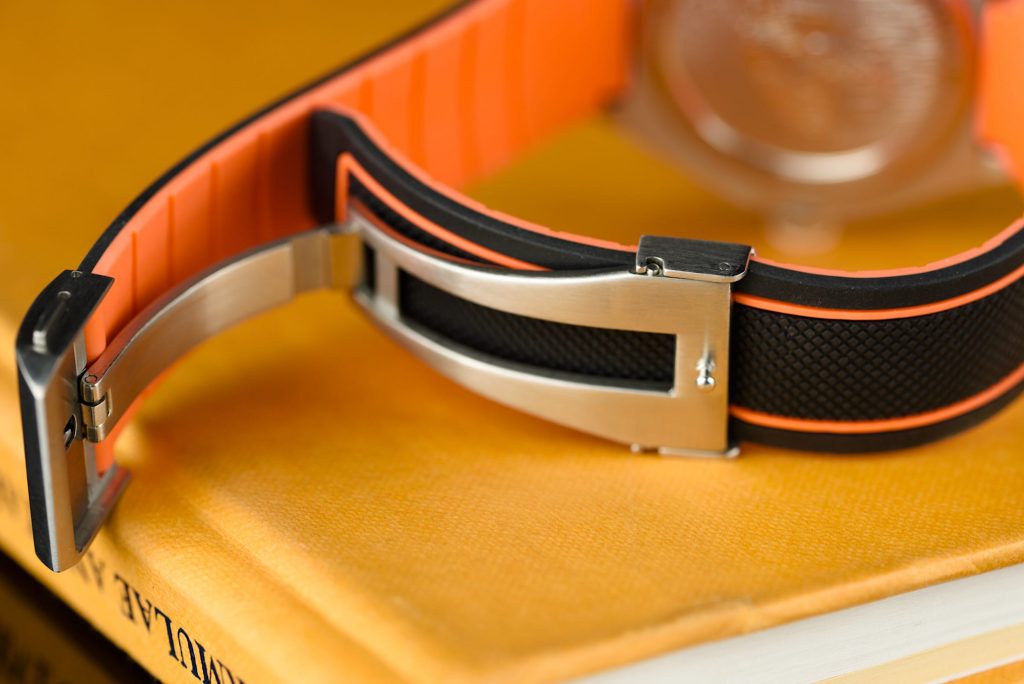 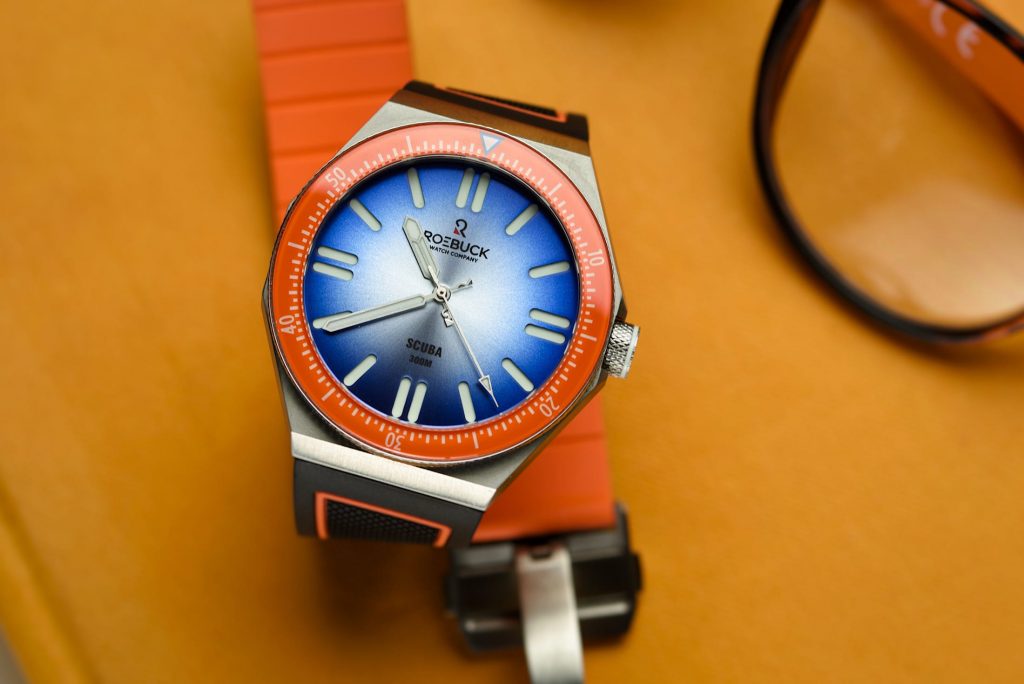 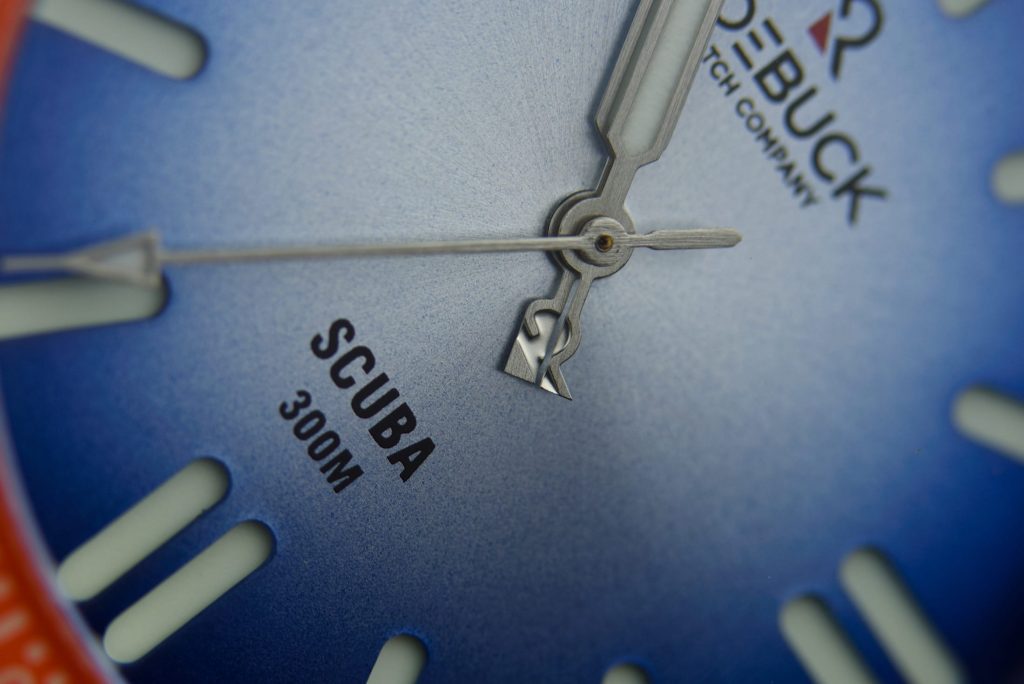 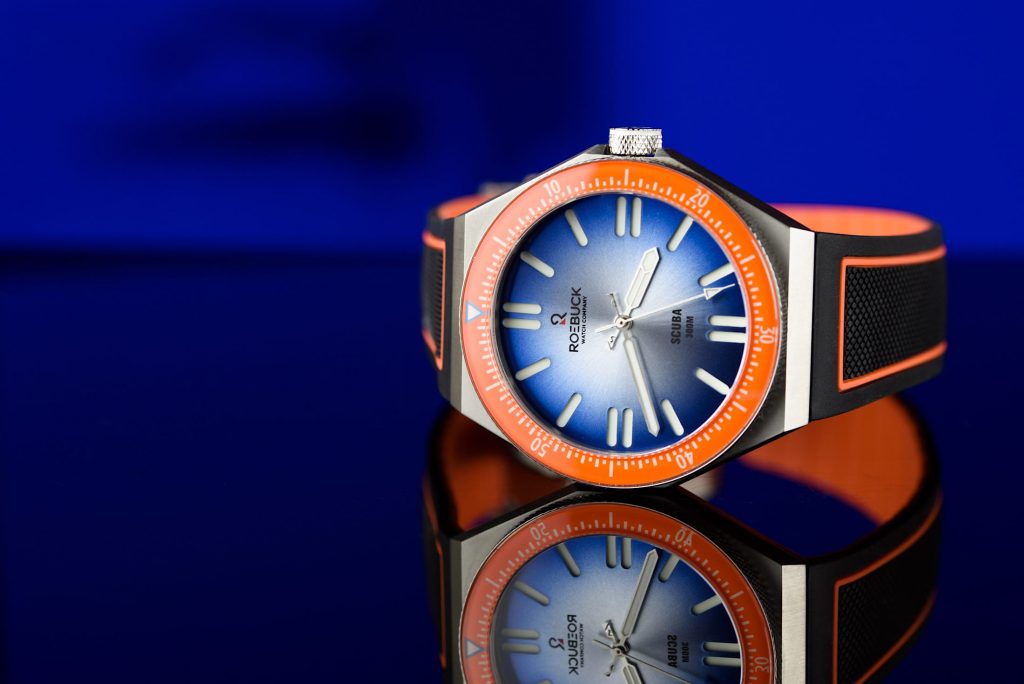 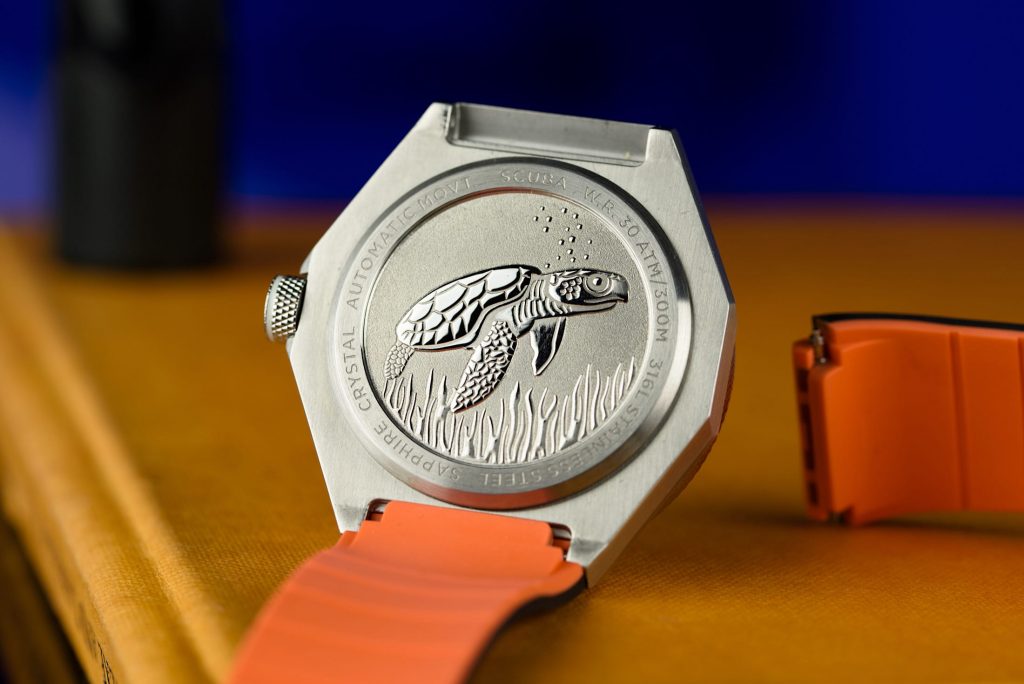 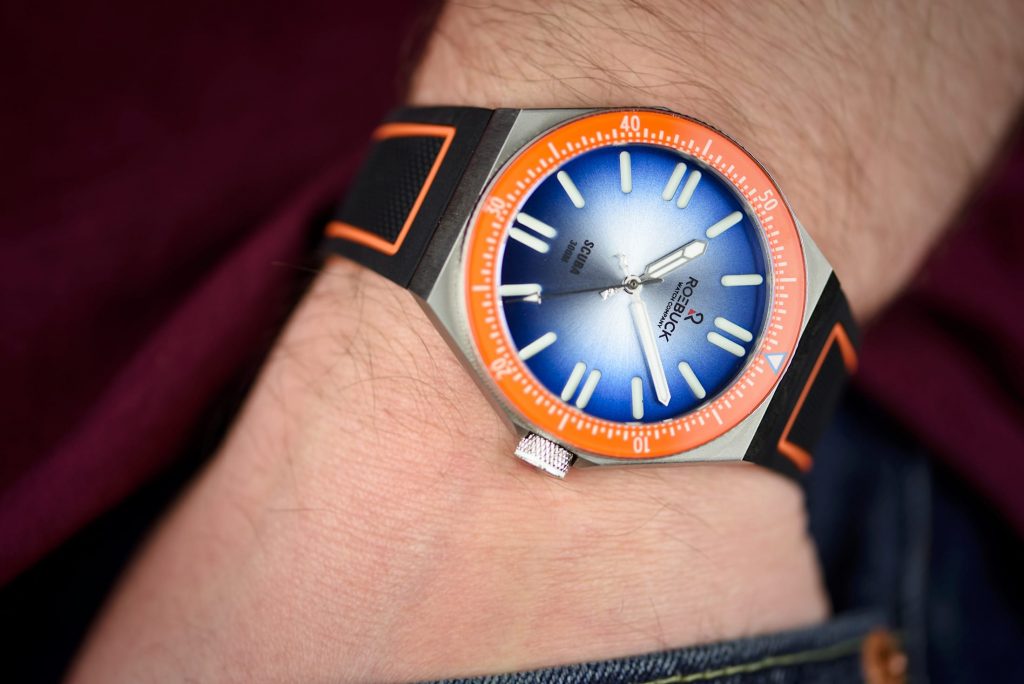