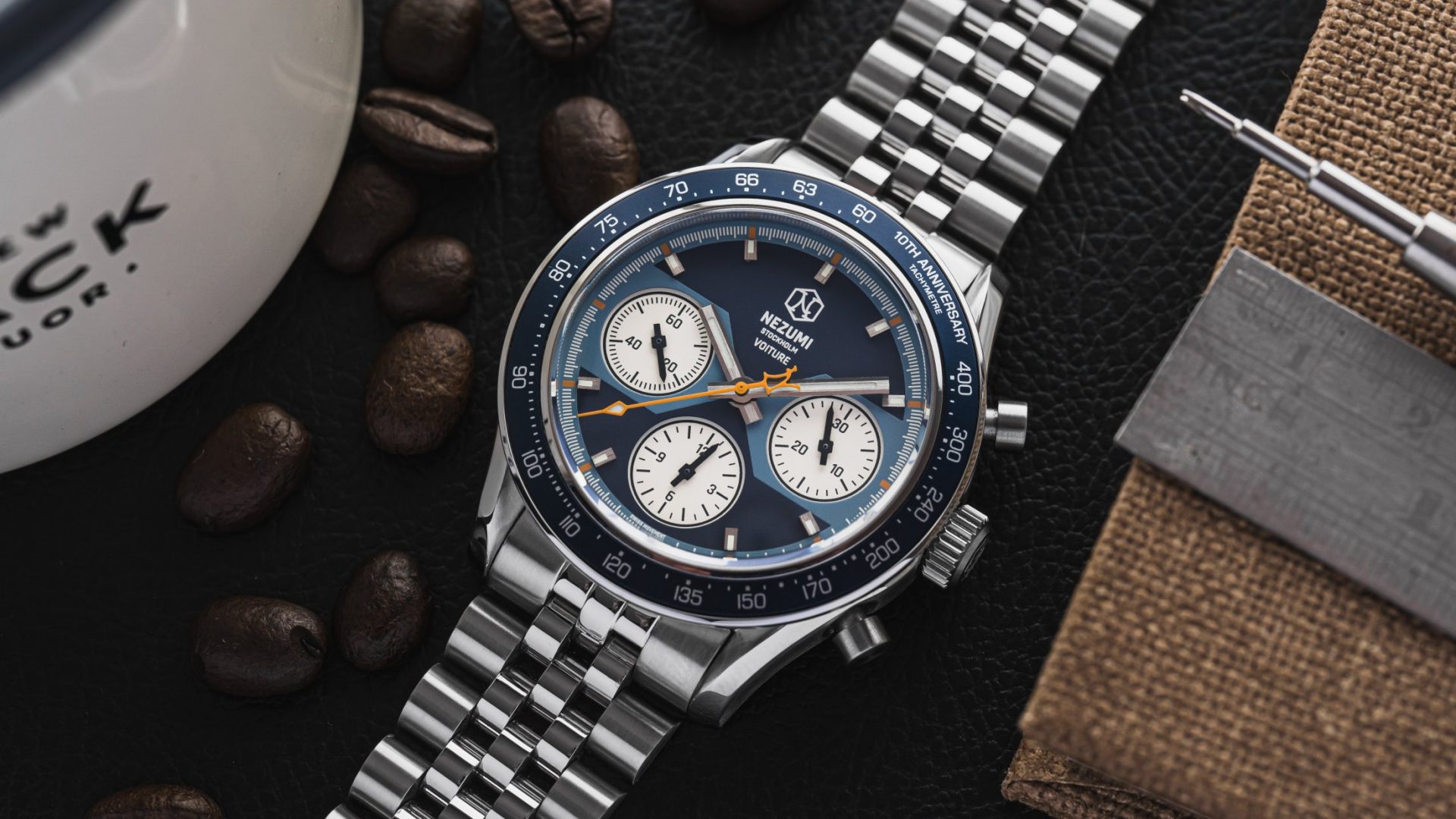 One of the nicest experiences for a watch nerd is discovering a new brand, and recently I’ve had the pleasure to discover Nezumi. The Swedish brand has existed since 2011, and originally focussed on clothing before launching its first watch in 2015. With the brand having been producing watches for the past seven years, I’m ashamed to say that I don’t recall hearing of them until this year. Which is my loss, because they produce several attractive watches that tend to offer a modern twist on classic vintage designs.

Nezumi was founded by David Campo, who spent 20 years as a designer and a creative director in the fashion industry. It’s therefore safe to say that David knows a thing or two about good design, and he’s used Nezumi to bring to life the ideas that he didn’t want to give away to clients. For example, Nezumi’s first project was a collection of Swedish-made selvedge denim jeans. David ran the business by himself for the first 8 years, before realising that in order to grow he needed to expand the team, a realisation that has led the brand to where it is today.

Traditionally the brand has stuck to using quartz movements in its chronographs, but as 2021 marked the company’s ten-year anniversary Nezumi wanted to release something special. That special something was the Voiture VM1S, the brand’s first mechanical chronograph. There are three dial options to choose from, cream, black, and blue, each of which is limited to 100 units. The Voiture VM1S has a retail price of €1,427 (approximately £1,203) excluding VAT.

As you can see, the model Nezumi sent me for this review is the blue one, which fortunately happens to be my favourite out of the three colours.

The case of the Voiture is vaguely reminiscent of a Speedy, with lyre lugs and a raised fixed bezel. It measures 40mm across, with a lug length of 47mm, and a thickness of 14.5mm. On paper, the watch sounds pretty thick, but this is where the case shape comes into its own. The design has a lot of curves and angles to it that help break up the watch’s silhouette, and make it look thinner than it really is. This is further helped by the fact that the finish alternates between brushed and polished, which also makes it feel that little bit more sophisticated.

As a result, the Voiture actually wears really nicely, and I think that it’s an ideal well-rounded size. One positive thing about the thickness is that it gives the watch a bit of presence, which is something those with thicker wrists will appreciate. The watch also has a nice bit of heft to it, and whilst weight doesn’t equate to quality, it does help to create a positive perception of the watch.

As a racing chronograph style watch, the Voiture only comes with a 50m depth rating, which means it’s inadvisable to take it swimming. More water resistance would be nice, but given the style of the watch, I don’t consider it a failing on Nezumi’s part. After all, not every watch needs to be a diver!

The Voiture comes on a jubilee style bracelet, which dresses the watch up a bit, as well as being exceedingly comfortable. The small links mould to the wrist perfectly, and the quality of them is great. However, the clasp is the one thing that lets the bracelet down. It’s a standard cheap-looking foldover clasp that locks using friction. Given the price point of the watch, I’d have liked it if the clasp had a more streamlined design and a push-button lock.

Now I must admit that I think Nezumi have done an absolutely cracking job with the dial of the Voiture. The design is meant to be inspired by 1970s racing watches, and that’s something that definitely comes across. However, the Voiture doesn’t feel like a homage, and the design looks distinctly original whilst incorporating a few tasteful retro touches.

I really have to applaud Nezumi’s use of colour on this watch, as I think that goes a long way to establishing the Seventies vibe. Whilst the watch has two shades of blue, cream, and orange, it doesn’t feel as though there’s too much going on. Each colour is used just enough to add something to the design, without overpowering the watch as a whole. The dial has a matte finish too, which certainly helps stop the colours from being overpowering.

The dial also has a nice bit of depth to it, thanks to the combination of sunken sub-dials and applied markers. Meanwhile, the square-tipped baton handset is just like those found on vintage chronographs, and the dual finish on them helps to make them visually interesting as well as legible.

I also think that the bezel is really well executed. The aluminium insert has a delightful rich blue hue against which the silver print of the tachymeter scale really pops. The addition of the “10th Anniversary” print to the top of the bezel is another nice subtle touch. David actually hand drew the tachymeter scale himself too, so as to give it a more unique vintage look. Furthermore, there’s a polished steel ring around the inside of the bezel, which sets the blue insert off nicely.

A final vintage touch is that the Voiture uses a double-domed sapphire crystal, with an anti-reflective coating on the inside. The result of all this is that the Voiture certainly looks funky, but it’s certainly not goofy. It manages to be fun, but also functional, and the overall design is still clean and legible.

When I first got the Voiture, I was worried that there wasn’t enough lume on it for me to be able to read it in the dark. Fortunately, I was wrong, and the watch is actually quite easy to read at night. Lume is one area that often gets overlooked on watches that don’t use too much of it, and I have to give credit to Nezumi for making sure that’s not the case with the Voiture.

A Good Choice Of Movement

One of my pet peeves is when brands insist on using an automatic chronograph movement that then results in an exceptionally thick watch, so I’m pleased to see Nezumi opt for a manual wind movement in the Voiture. The exact movement Nezumi went with is the reliable Sellita SW510 Mb manual wind chronograph. It has 27 jewels, a 4Hz beat rate, and a 48-hour power reserve. The SW510 is the perfect choice for those who want a Swiss-made chronograph without breaking the bank, and it should prove an excellent timekeeper.

So, in summary, I think that Nezumi has absolutely nailed the Voiture, and the only thing I’d actually change about it would be the clasp. Everything else comes together perfectly to make a watch that channels the funky aesthetics of the Seventies, whilst also looking clean and contemporary. The proportions are spot on, and whilst the watch could always be a bit thinner, Nezumi has done a good job of using the case design to mask the thickness.

It’s not just the design that’s good though. The Voiture is very well made and the overall finishing of the watch is excellent. Whilst it is hardly cheap, with a retail price of £1200 plus VAT, I believe that the watch is priced pretty well for a Swiss mechanical chronograph, and I think that Nezumi has done more than enough to justify the price tag.

You can purchase the Voiture VM1S from Nezumi’s website here.