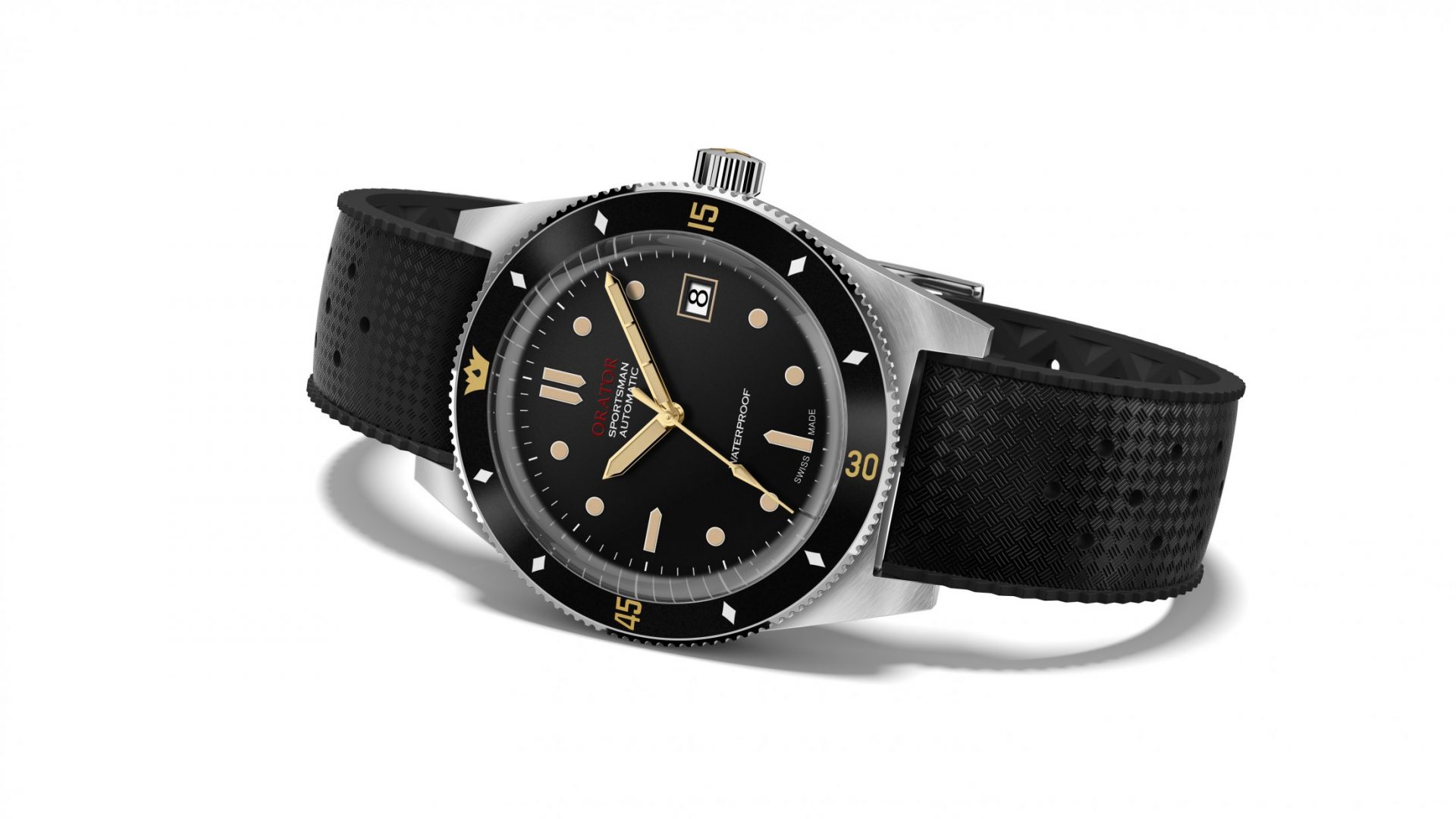 It can be a tricky thing to resurrect a watch brand. Whilst we might think it’s a simple matter of just remaking the designs originally sold by a brand, that’s something that’s easier said than done. And that’s because whilst you might have older designs to base new watches off, you still have to reproduce those designs from scratch, paying attention to every little detail.

With that in mind, when I see someone who’s bringing a brand back to life and paying attention to those details, I sit up and take notice. One brand to catch my eye is Orator, which is currently relaunching with a new dive watch available on Kickstarter.

A Brief History Of Orator

Orator is probably not a brand you’ll have heard of before, but its history stretches right back to the founding of its parent company, Schild & Co. SA., in 1888, until the advent of the Quartz Crisis that spelt the end of many Swiss brands. Schild & Co. produced a wide variety of wristwatches for both men and women, and from 1932 invented the first electric onboard clocks for aeroplanes and cars.

The company had been using the brand name Orator certainly since the start of the 20th century, but it was in the 1960s that watches bearing the name achieved widespread popularity. During that decade Schild & Co. partnered with AMF Voit, who specialised in manufacturing diving equipment, to produce a line of durable dive watches. These were sold through Voit catalogues, and several styles would be produced over the years under a variety of brand names including Aqua-Lung, Schild & Co., Voit, and of course, Orator.

It’s the spirit of these iconic dive watches that the revitalised Orator brand is looking to recapture with its new dive watch. The Orator Sportsman is closely based on the skin divers from the 1960s that the brand is best known for.

The case is naturally made from stainless steel and is 40mm wide and 12.9mm thick, which makes it perfectly proportioned to fit a wide variety of wrists. The Sportsman is water resistant to 100m and uses a screw-down crown and 120-click unidirectional rotating bezel with an aluminium insert. The crystal is a double-domed sapphire designed to mimic the acrylic crystals found on the original skin divers, and it comes with an anti-reflective coating to reduce glare.

For the movement Orator chose the Ronda R150 automatic. It’s an unusual choice that’s not seen often in the industry, perhaps because the movement was only launched in 2016. However, that’s not to say you should be apprehensive about seeing it used here. Ronda is a well-known and reputable movement manufacturer, and the R150 boasts some decent specifications, with 25 jewels, a 40-hour power reserve, and a 4Hz beat rate. As a nice bonus, the Sportsman has a display case back through which you can watch the movement ticking away.

The watch is available in either black or blue, with two dial and bezel variations to choose from. The first is the Sportsman Diver, which features a striking bezel insert that was a hallmark of the original Orator dive watches. It features a golden crown at 12, with golden numerals at the 15, 30, and 45 minute marks. The other markers in between are silver diamonds. The dial is a reproduction of the original, with a date at 3 and printed baton markers at 12, 6, and 9, and circles on the remaining positions. The markers use Old Radium Super-LumiNova, and feature a white border to add a touch of detail. The hands on the Sportsman Diver are simple gilt batons that mimic the baton hour markers, and they too are filled with Super-LumiNova.

The second variant is called the Sportsman Racer and features a more conventional fully graduated bezel insert with an all-silver print. The dial and handset are different too, with triangular hour markers at 12, 6, and 9 o’clock, and rectangular markers for the remaining positions. Meanwhile, the handset is a classic silver broad arrow design.

Regardless of which variant you go for, the Orator Sportsman looks to be an excellent recreation of a vintage skin diver, and the model ticks all the boxes for what you want when it comes to this type of watch.

You can read more about the Sportsman on Orator’s website, or visit the Orator Kickstarter page here.