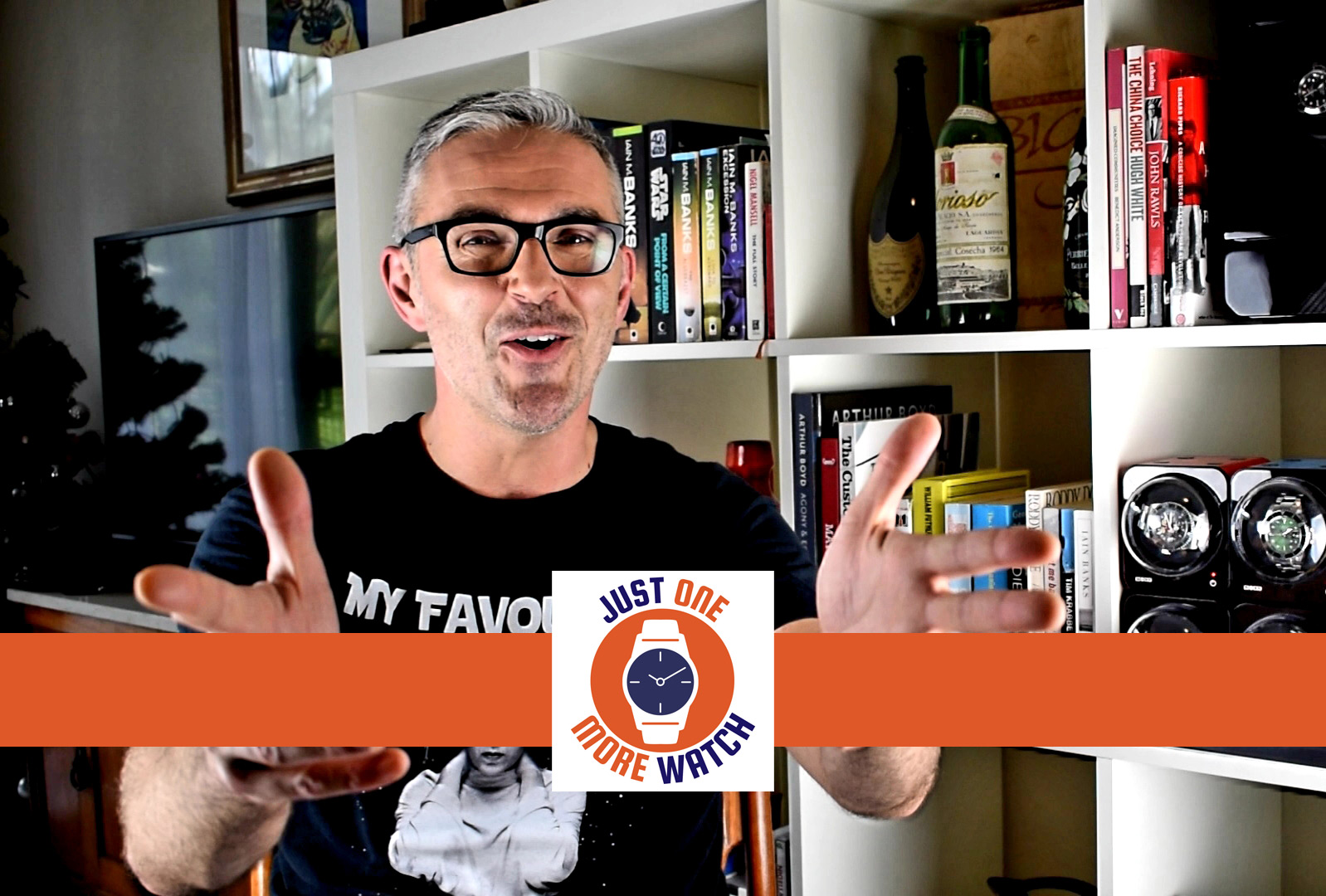 This is the second of many interviews I hope to arrange with people who are highly regarded / influential in the online watch enthusiasts community. I first interviewed the guys behind WristRockers, a hugely popular Instagram account who take awesome shots of beautiful watches.

This interview is with Jody, the Scot living in Australia behind the hugely popular Just One More Watch YouTube channel. Despite the relatively young age of the channel of a couple of years, he has taken it to incredible heights – and it’s easy to see why. His watch reviews are entertaining, insightful, and always worth a watch. Let’s have a chat with him!

Hello! My name is Jody Musgrove. I live in Sydney but I’m originally from Scotland, perhaps you noticed an accent? When I am not making YouTube videos, I am studying for a PhD in Modern History at Sydney’s Macquarie University. I also work as a manager at Sydney Opera House, the most amazing office in the world. So I’m rather busy most of the time, but really enjoy what I do.

How long has JOMW been going, and what made you start it?

Well, I suspect like a lot of people, I had been watching a lot of early TGV videos, and buying a lot of watches as a consequence! I made a bet with my then girlfriend (now wife) that I could make a couple of videos and get a certain number of views by Christmas 2016, I think it was 2500 views. So I made two pretty poor videos about a Casio and the Bambino, and lo and behold, I hit the number I had threatened just after Christmas. I decided to buy a Ginault Ocean Rover, a watch with a buzz of controversy about it, in March 2017, and in June that year I bought a DSLR camera, mic and lights and revealed my ugly mug for the first time. In spite of this, the channel has grown steadily since then.

Were you expecting the success it has had?

Genuinely, no. I had thought that by focusing on a bit of a niche, mostly sub-$500USD, the channel could maybe hit 20k subscribers, but it is already way over that. I think that the whole scene, the whole community, has expanded considerably since I started, though.

My setup is a bit of a shambles to be honest! I think that we might move to a bigger unit (flat/apartment) in a few months so that ‘watch chaos’ can have its own room. I seem to be forever setting up lights and microphones, then packing them away again, so a dedicated space would be great for my time management and my sanity. I didn’t spend a fortune on fancy kit though, as is the ethos of the channel. I bought the cheapest Nikon DSLR I could find with a mic jack, a Rode mic, a pair of cheap eBay softboxes, an extra battery and a memory card. Probably about $1000AUD total. I started with a map of Australia as the backdrop, then went global with a world map.

Once you have a watch in for review, how long does it take to from start to finish to publish a video review?

It does rather depend on the watch. I generally start thinking about it straight away, as soon as I know a watch is coming in, researching, looking at specs etc, trying to look for a specific theme or an ‘angle’ for the review. Quartz are fairly straightforward, but for autos, I like to give the movement a run, to check for accuracy. Always nice to get a diver wet as well! Some watches I find exciting and inspiring, so the videos are a pleasure to make. Some of them can be a bit of a struggle if I don’t click with the watch.

How much post-editing do you tend to do?

For a regular, 8-12 minute video, I spend about an hour editing. I am pretty hopeless with the editing software, but I have developed a style which I think suits the channel and my own personality quite well; lots of quick cuts, but I try ad keep a narrative arc going over the top of the whole video. For some of the bigger, Top 10 style videos, I can spend a whole day editing.

How much of your time do you dedicate to JOMW? Is it more than just a hobby?

I started as a bit of fun, but quickly became an obsession! At the moment, I manage to make 3 videos a week, and keep everything else in my life close to balanced. If the channel is still doing well when I finish studies, I may well go full time on YouTube which is something I never imagined even contemplating.

You’ve reviewed hundreds of watches by now. Any top tips you wish you knew when you started?

I am still not all that technically knowledgeable. I would probably go back and read a couple of books on watchmaking and the the mechanics of automatic movements. In fact, I should probably go and do that right now.

Finally, what’s THE ONE watch that has impressed you most, your all-time favourite? The one that just won’t escape your mind?

When I reviewed the Helm Vanuatu in March 2018 it re-framed my expectations, and set the benchmark for every watch that has come in for review since then. For $275USD I was stunned by the quality and I still haven’t seen anything that in my opinion betters it for the price. Sure, you can spend one, two, ten thousand on a watch if you really want to, but the whole pitch of the channel is that with watches like these available, you don’t need to, to get a great watch you can be proud to wear.