Unless you’ve been living under a rock; I’m fairly sure you’ll have seen the Hamtun H2 Kraken. I love it – it’s a sensational titanium diver offering serious value for money from a young British brand.

It demolished the Kickstarter campaign, and Ross sold around 1750 watches in total. To put that into context, microbrands often only get models in batches of 300-500; and even then they’ll take months to sell.

The Kraken H2 also came with a bit of criticism: it went months past the scheduled release date. It was about a 4-5 month wait for people (me included) to finally get their grubby mitts on those delicious timepieces. Was it worth the wait? Hell yeah. Did Ross learn a lot from the process? Boy did he. 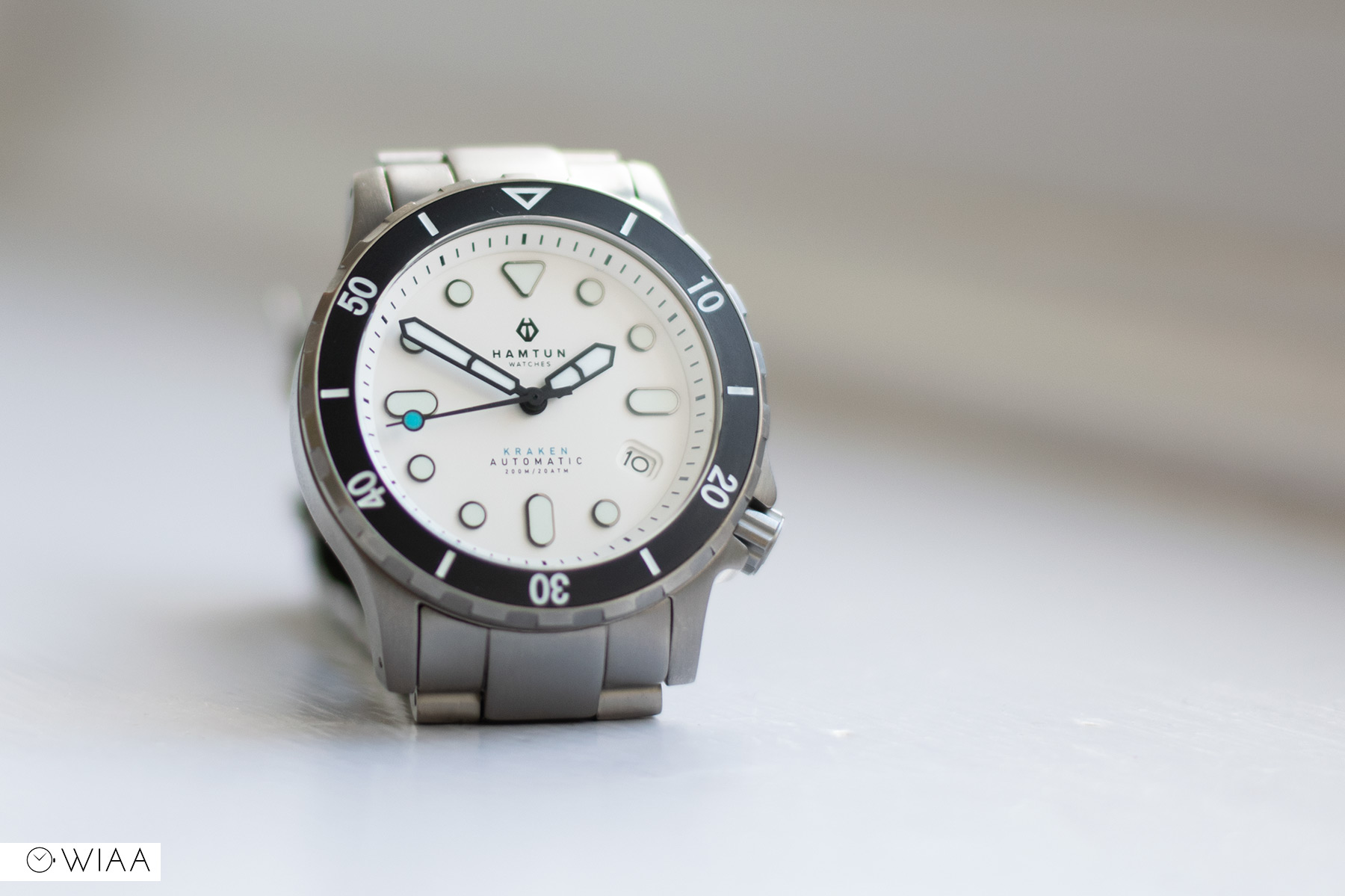 But anyway, let’s not get bogged down with the negatives. The vast success of the Kraken H2 would have provided anybody issues, even the most experienced business owners out there. To go from 0 to 1750 orders in a matter of weeks? And to have to arrange all the comms that go with them? That’s some serious work.

On to the “H3”. If you were to order the same watch, it would be the same as the H2. Unless you go for the white dial: the dial is now full lume. Epic. Of course, there’s also a little cheeky piece known as the GMT version – due to popular demand. Standard price is the same; starting at £239. However, the entry-level movement is even better: the PT5000. It has a higher spec than the NH35, so you’re getting better value for money.

What’s different about the H3 campaign from the H2?

Well, there are much fewer options. The plethora of options with the H2 catered for much of the delays. Therefore, the orders for the H3 campaign should be easier for Ross to complete and get sent out quicker. Stretch goals are extra colour options only.

If you’re going for the standard version, you know what you’re getting. There are loads of positive reviews out there, and the H3 promises to be even more refined (although no different in terms of looks). Check out my review here.

Finally, let’s discuss the brand new GMT option. Please note; the model I was sent is very much a prototype.

The design of the Hamtun Kraken is just so refreshingly modern, and I am impressed by the addition of the GMT model to the lineup. It’s effortlessly cool, and slots right in alongside the other sublime options.

The second timezone hand has a stylised hand with a bold, eye-catching orange arrow tip. It doesn’t seem like an after-thought (after all, that’s what it is). It’s as if it was part of the original design; the essence of the Kraken oozing through. The bezel insert is also lumed, with the 24-hour markers engraved within. The titanium insert is a light counter to the dark ceramic. Coupled with the variety of dial colour options, there’s a choice for everyone. 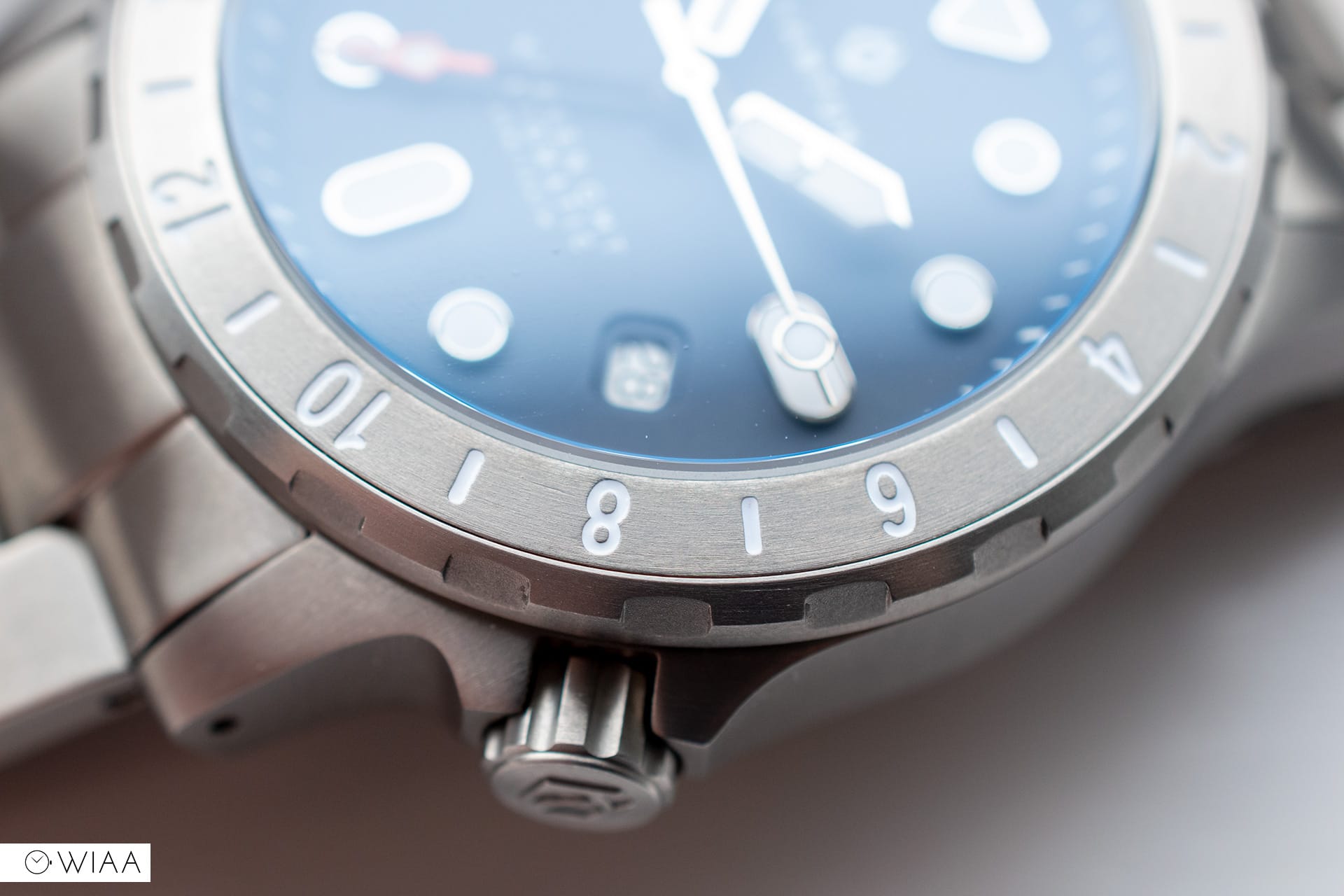 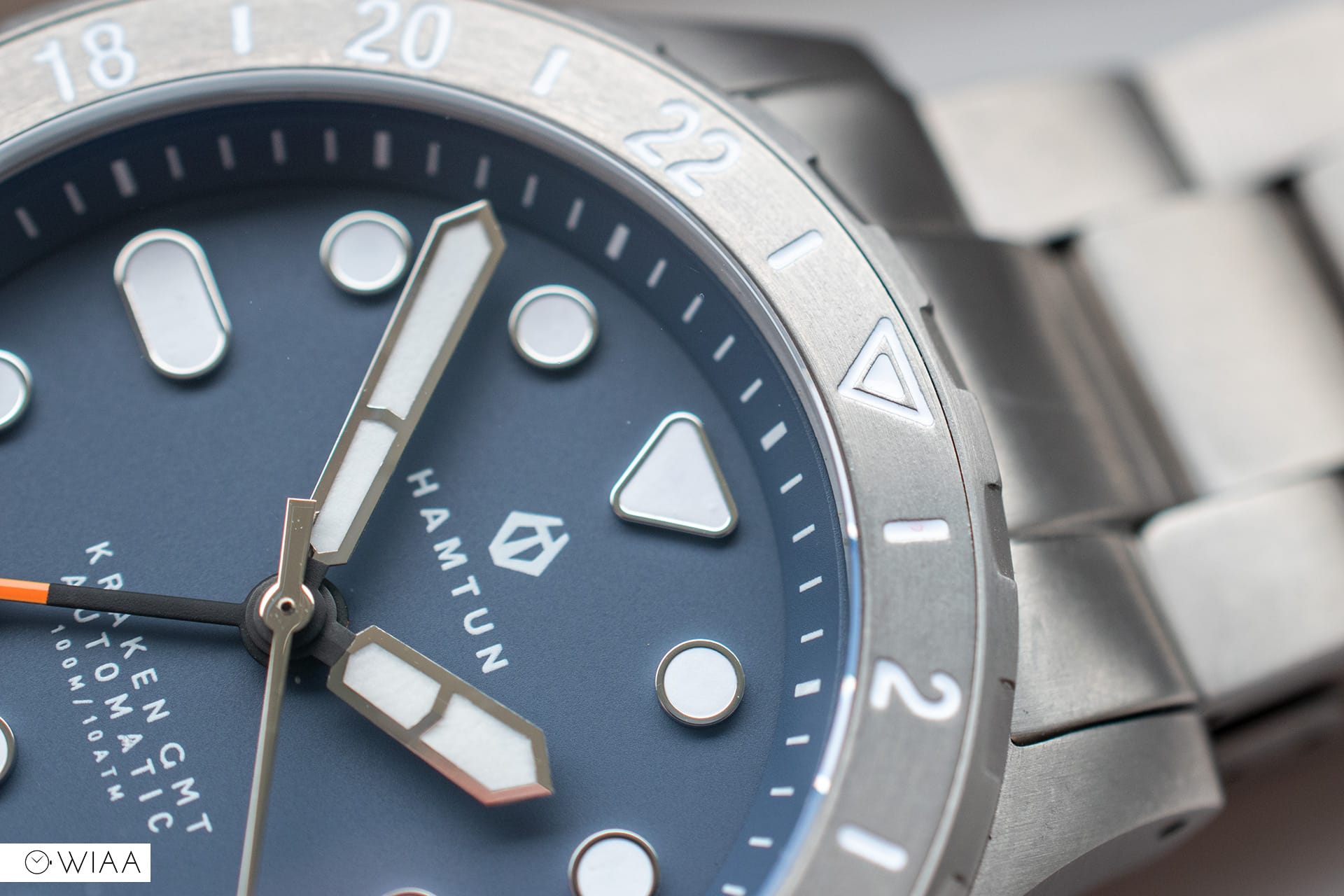 The Hamtun Kraken H2 is without doubt one of the best value-for-money titanium divers available today.

In turn, that also makes the Hamtun Kraken H3 GMT one of the best value-for-money GMT titanium divers available. 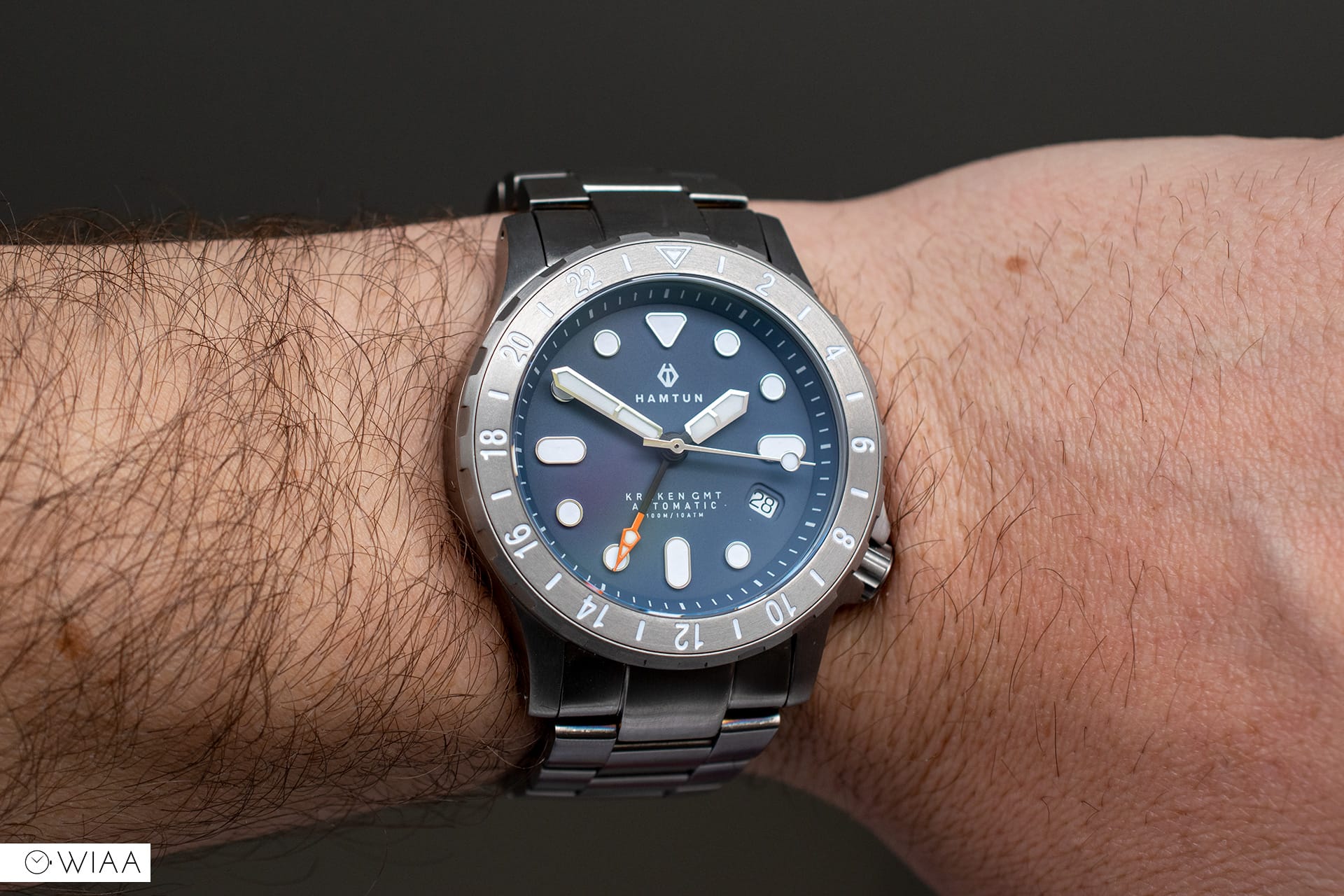 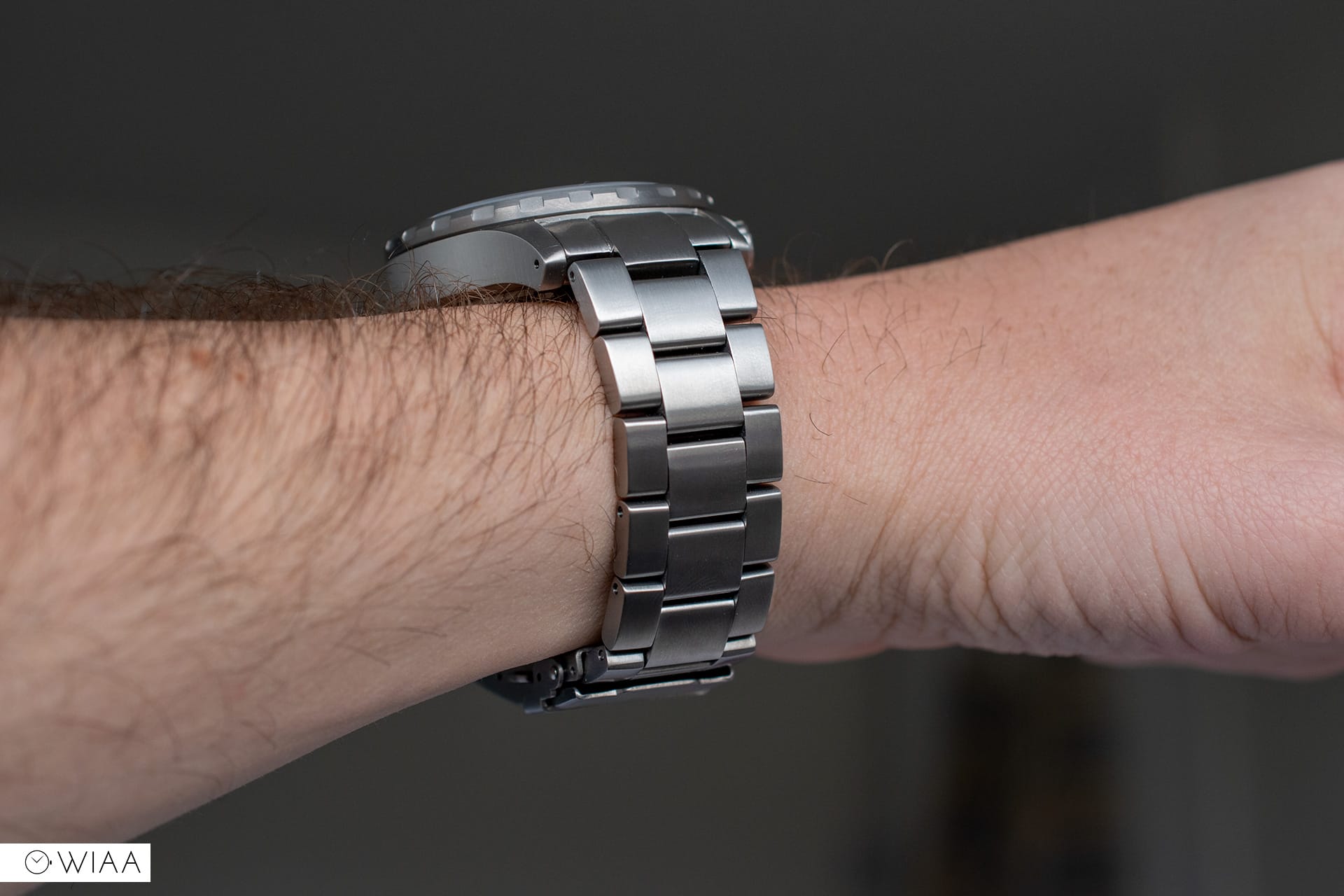 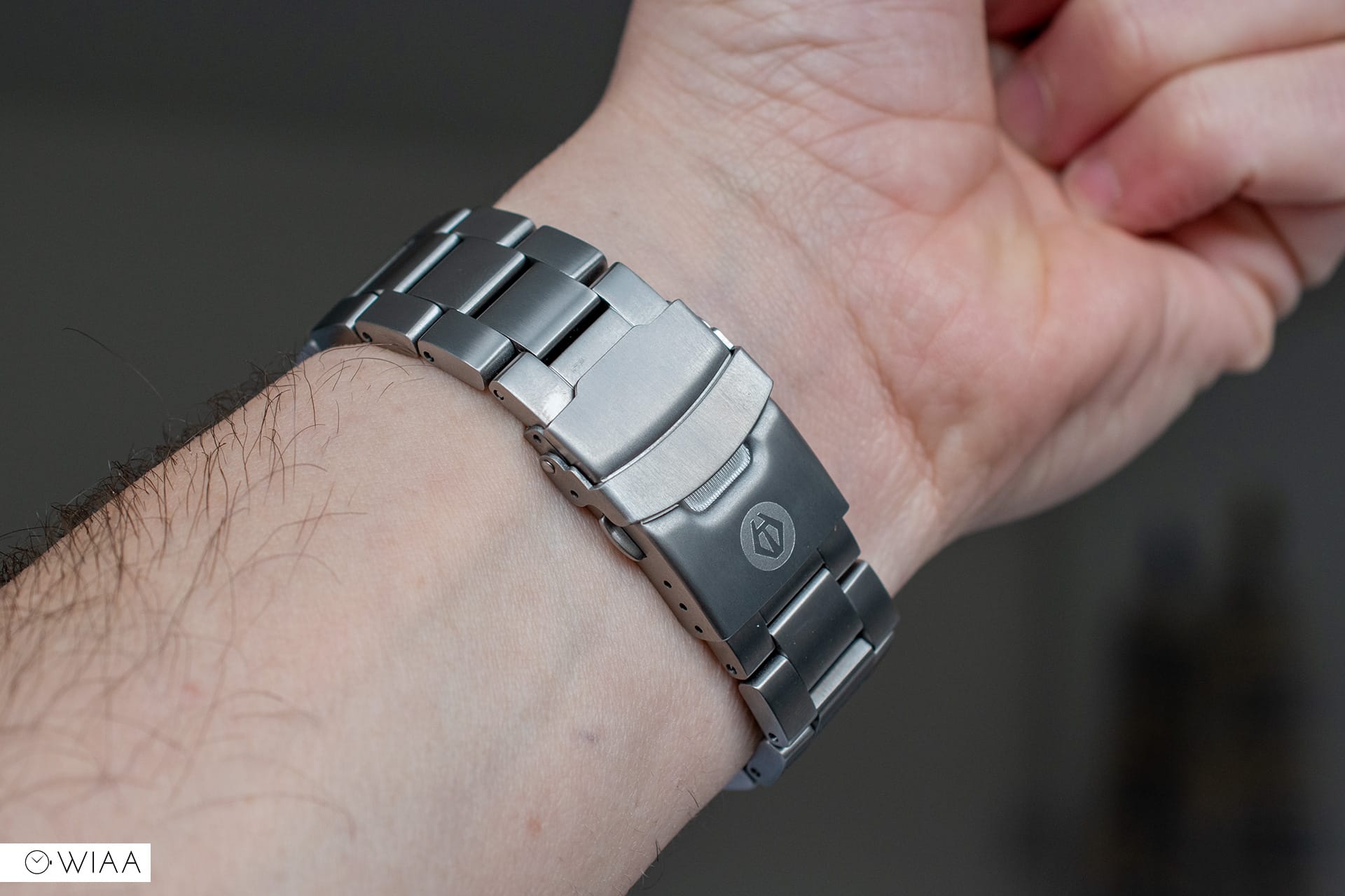 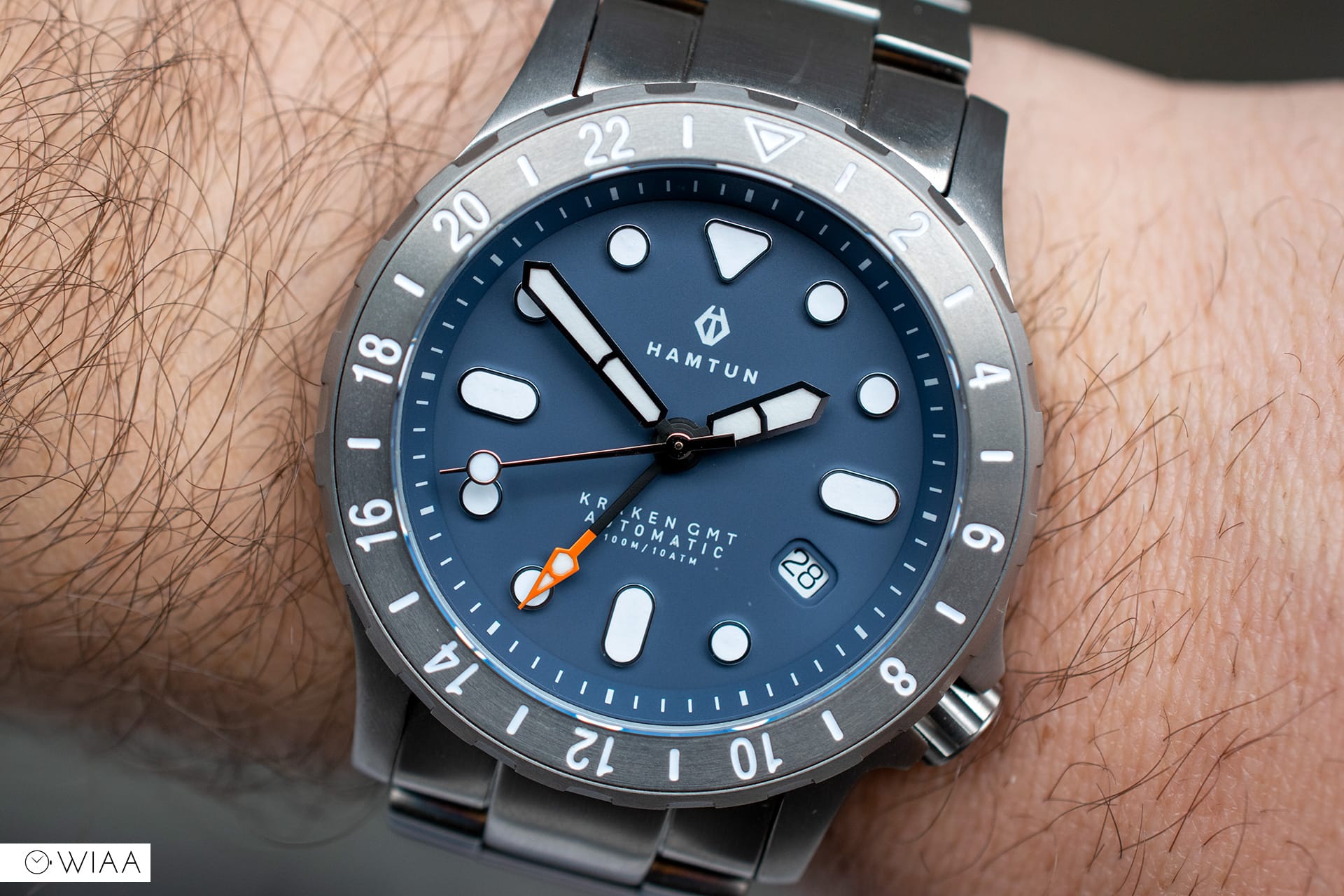 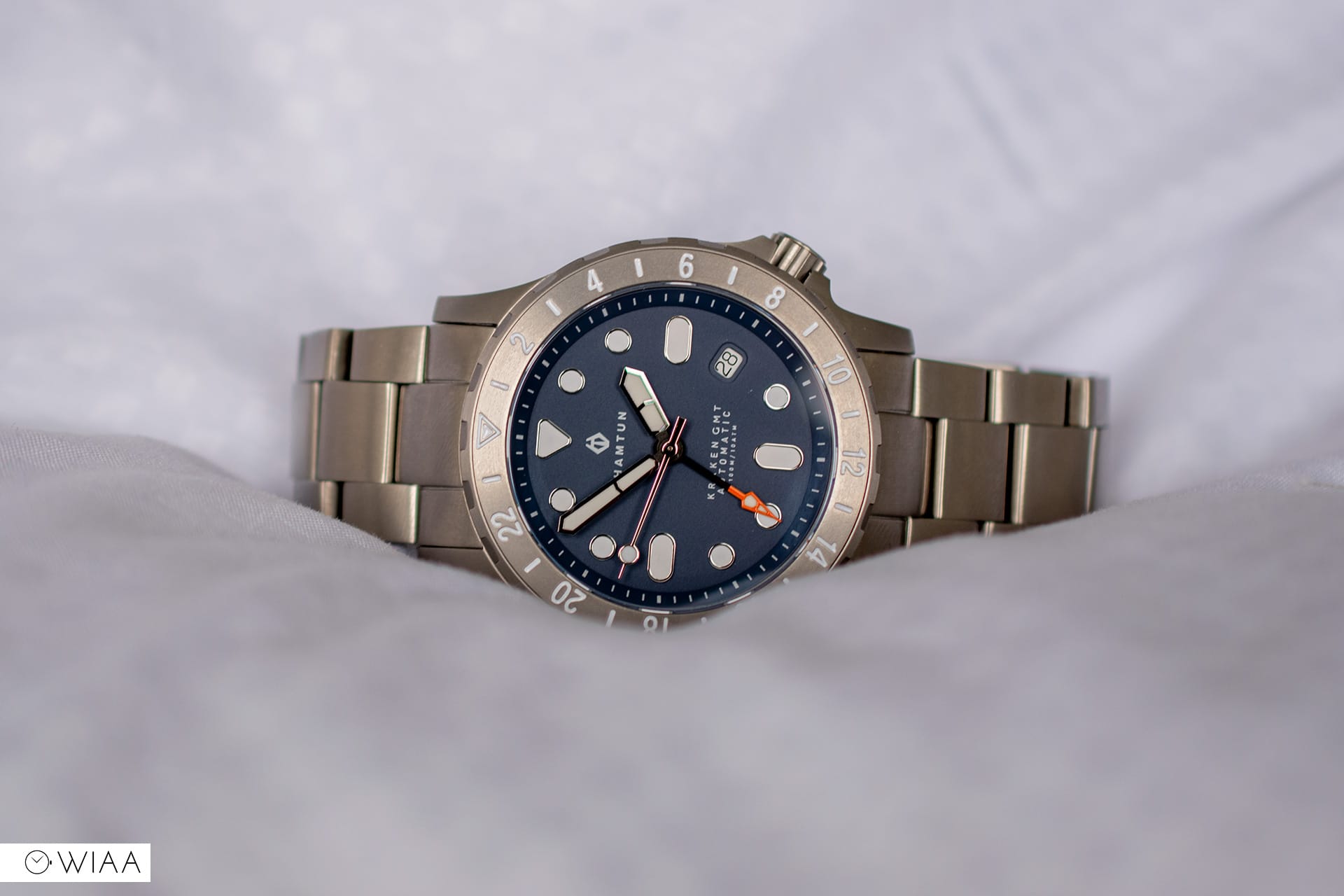