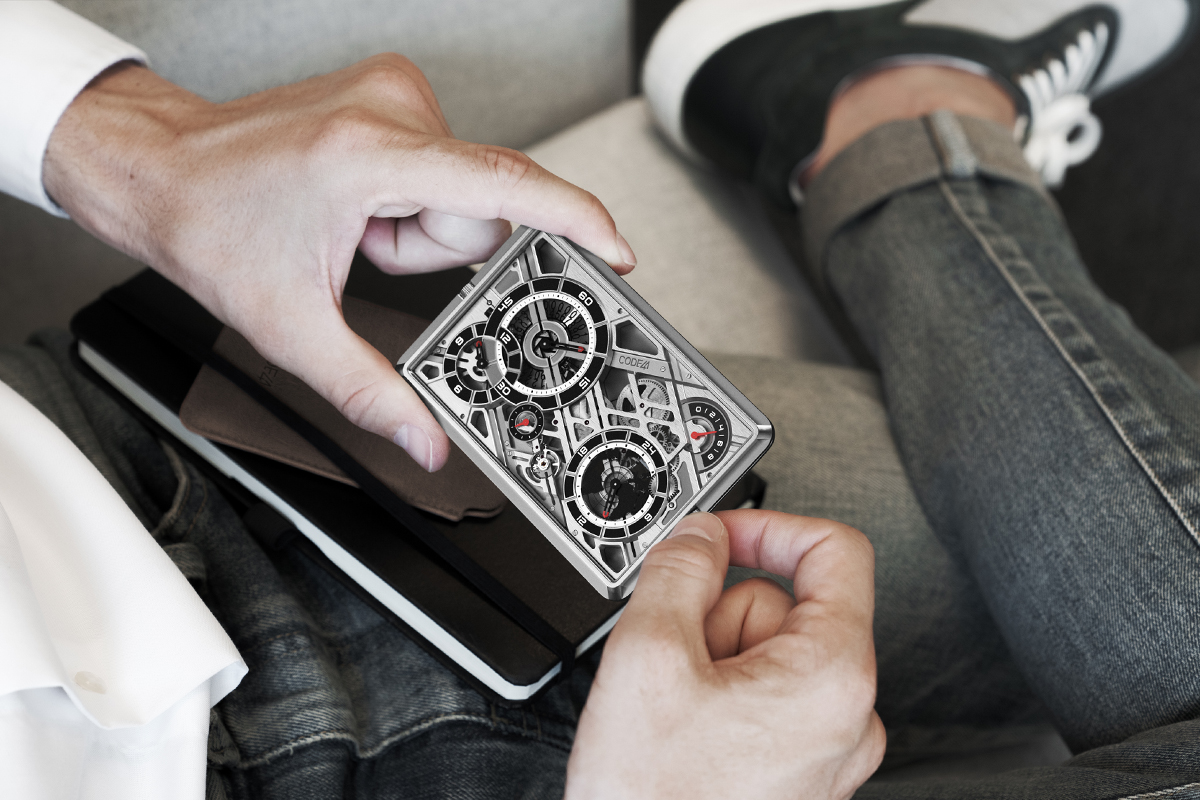 CODE41 Change The Landscape Of Clocks With The Mecascape

As a watch enthusiast, I often forget that there is more to the world of horology than just watches. Indeed, there are innumerable types of clocks to consider as well, from wall clocks to grandfather clocks. I can’t claim to have paid much attention to these in the past, simply because as most electronic devices have clocks built-in, dedicated clocks have become pretty much obsolete. But the latest release from CODE41 has changed that. It’s called the Mecascape and the name is a contraction of “mechanical” and “landscape”.

You’ll be forgiven for not having heard of CODE41 before. It’s a pretty young brand that was started by Claudio D’Amore in 2016. Claudio is a veteran of the Swiss watch industry, having spent 10 years designing watches for brands that include Tag Heuer and Montblanc. However, Claudio first had the idea for what would become the Mecascape way back in 2009, long before he founded CODE41.

The Mecascape isn’t a traditional desk clock, and it’s definitely not a wristwatch. Instead, it sits somewhere in between, and with its sleek rectangular design that’s meant to fit easily into a jacket pocket, I’m strongly reminded of a vintage travel clock. This visual resemblance is reinforced by the fact that the Mecascape comes with both an Italian leather travel case and a metal stand.

There is, however, nothing at all vintage about the Mecascape itself, which is a marvel of engineering. The case measures 108 x 71mm and is manufactured from grade 5 titanium, which is both lightweight and corrosion-resistant. It’s also just 8.1mm thick, including the sapphire crystal, which makes the Mecascape thinner than most mechanical watches. The crystal also has an anti-reflective coating, and for what it’s worth the Mecascape is water resistant to 3atm.

All of the above are solid, if not extraordinary, specifications. But whilst they might not have grabbed your attention, the movement inside the Mecascape most certainly will. It’s a Swiss movement of CODE41’s own design, and it’s an impressive sight to behold. It’s made from 237 components and contains 39 jewels. The movement is manually wound by a crown on the side of the case and has a beat rate of 28,800 vph and an impressive 8-day power reserve.

The back of the Mecascape is solid except for a small display window, but thankfully the dial has an open design through which you can see the movement in action. On the left-hand side of the face, the Mecascape has separate dials to display the hours, minutes and seconds, with the date wheel built into the minute dial. On the right-hand side is a GMT sub-dial, and the power-reserve indicator. I have to hand it to CODE41 for doing an excellent job at incorporating all the different displays into the Mecascape, without overcomplicating the overall design.

It’s perhaps not surprising that the Mecascape looks so well-proportioned, as CODE41 designed it along the principle of the golden ratio. What’s the golden ratio I hear you ask? Well, in mathematics it’s a ratio between two numbers that equal approximately 1.618, and which is often represented by the Greek letter Phi “Φ”. The golden ratio can be found in nature, art and architecture, and is used to define the beauty and aesthetic of a shape. It certainly seems to have worked on the Mecascape, and I can imagine that the timepiece would make for a striking statement piece on an office desk.

The price for such a well-designed, high-specced mechanical instrument is rather steep, and the Mecascape is priced at CHF9,950 / €11,450 / £9,950 / $9,950 (excluding VAT). But that’s not to say that I think the Mecascape is overpriced. In fact, quite the opposite, because given the fact that CODE41 designed and built the Mecascape from the ground up, it’s a fair price for something of this intricacy.

The Mecascape is now available for pre-order on CODE41’s website here.