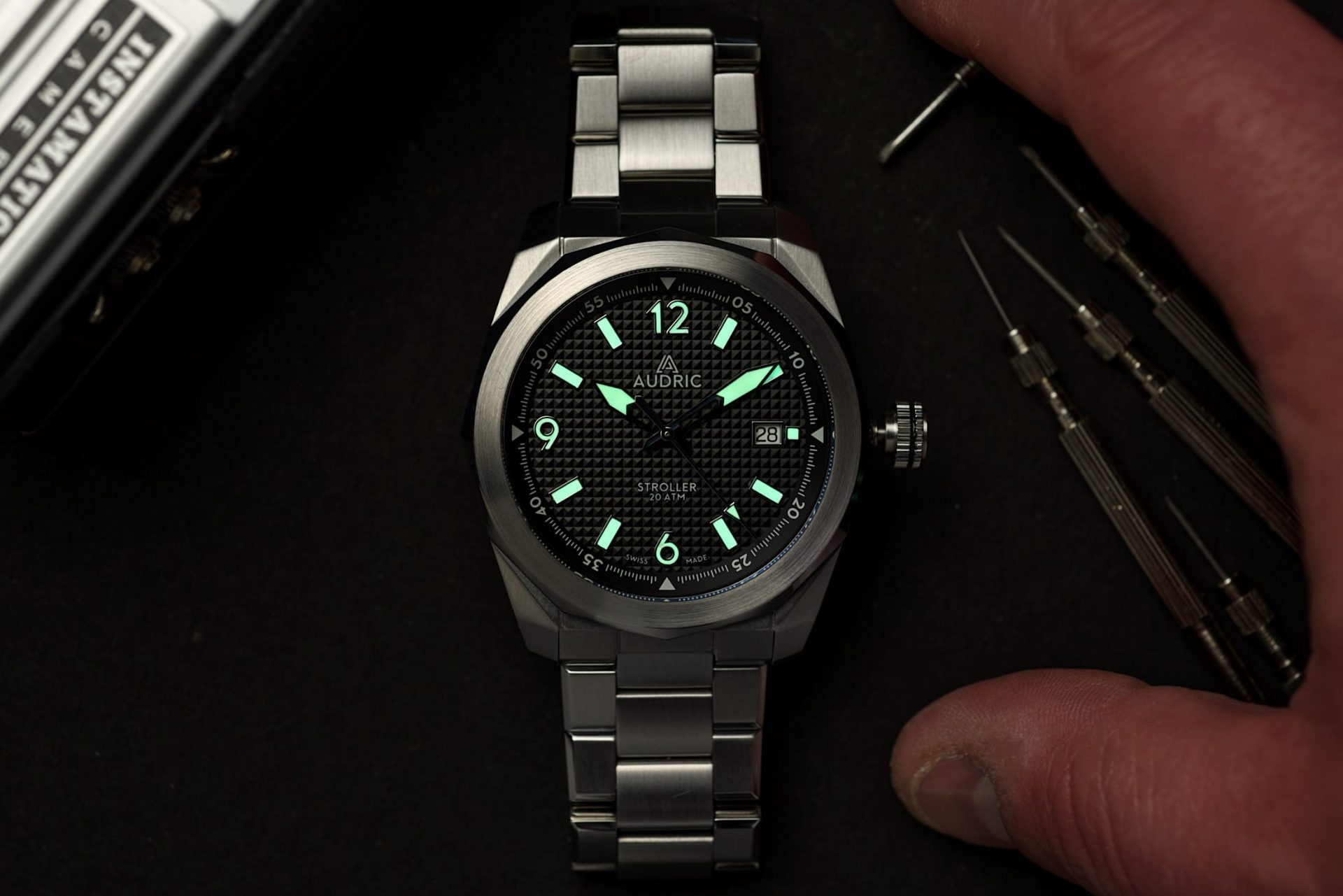 Today I’m looking at the Audric Strider – a watch you may have already seen plenty of images of on Instagram, and which will be launching on Kickstarter too. It’s refreshing to see a sports watch—something that sits somewhere between a true tool watch and a dress watch—that isn’t encumbered with the restrictions imposed by an integrated bracelet, however cool it may look.

The Strider was originally due to be named the Stroller, which is why you’ll still see that name on the prototype’s dial and case back here. A rose by any other name would smell as sweet, but seeing the two names side by side ‘Strider’ definitely feels more purposeful and confident. The final version will also see improved lume, but other than that the watch I’m looking at will be the same as the final one delivered.

If you have seen images of this watch, then you’ll no doubt de struck by the dial. All of the five colour dials (black as seen here, grey, blue, cream and green) feature the same prominent texture, which can either be referred to as Clous de Paris if you’re feeling fancy, or Hobnail if you’re not. I expect that the effect is just as striking on all models, but on the black dial I have had on my wrist the pattern almost looks like carbon fibre at times. The finishing of the dial, along with the hands and applied indices which sit on top, is excellent. Even under magnification it’s very difficult to find any imperfection or even notice a raised area for the logo and name to be printed.

However, it’s actually the case that caught my attention in images. The lugs remind me of my favourite Grand Seiko reference (the SBGX091 if you’re planning to sort your Christmas shopping early this year), but that’s not to suggest Audric had that shape in mind while designing the Strider, nor that everyone will see the similarity. Although I don’t expect the Audric to be finished to the same level as a Grand Seiko, it’s still quite impressive. In addition to the a large brushed area on top of the fixed bezel, the angled and vertical surrounding areas form a 12-sided shape with a high polish.

The complexity doesn’t end there. To come back to the lugs briefly, there are no less than five surfaces that form the transition from the top-most part of the lug to its tip, and those are created by a combination of both soft and crisp edge and a variety of finishes. In a world of complex geometry that all seems to come together harmoniously, the one angle that seems slightly out of place is at the crown. As the crown sits at the apex of two surfaces and isn’t recessed into the case, even when screwed down there is a slight gap either side. I’ve never damaged a crown or stem by getting it caught, so it’s only a minor nagging at the back of my mind.

Inside the Strider is a Swiss automatic movement. This could be either the ETA 2824-2 or the Sellita SW200-1, depending on what is available to Audric. Both movements have pretty much the same spec (which beat at a rate of 28,800 bph, with a power reserve of 38 hours). Whichever movement is in the watch will be in Elabore grade, with blued screws and a signed rotor.

Whereas many new releases fitting loosely into this “sports watch” category have often gravitated to a 39-40mm sweet spot, the Audric has a little more presence. At 42mm in diameter the Strider isn’t overly large, but if the slight trend for sub-40mm watches leaves you frustrated, then this could be a good option. Although weighty at first, I found the Strider very comfortable on the wrist. You’ll see that the underside of the lugs angle down sharply which probably helps a lot with how it wears. The bracelet is constructed and finished to the same high level as the case, with a signed push button clasp to match. Audric indicate that the watch has a HexaDori anti-scratch coating. I have no experience to know just how much this will help the watch to look pristine as it gets worn in daily life, but it can’t be a bad thing.

I have found the bracelet to be such a good match, both for looks and comfort, that I haven’t really considered other strap options. With the sculpted, angular lugs I suspect a right leather strap could work very well, but although the 11.5mm height hasn’t been an issue I suspect a nato or other pass-through strap might make it feel a little top-heavy.

The Audric Strider does a lot of things well. There’s some real beauty to the dial, and the case combines complexity with great finishing. My only reservations are whether Audric are potentially trying to do too much in a watch that could be worn for 95% of occasions. Is the dial too much of an eye-catcher? Are the case angles too complex? Is the case just a little too big? I haven’t quite made my mind up. The Strider will start at $549 when launched on Kickstarter, with a regular price of $849. 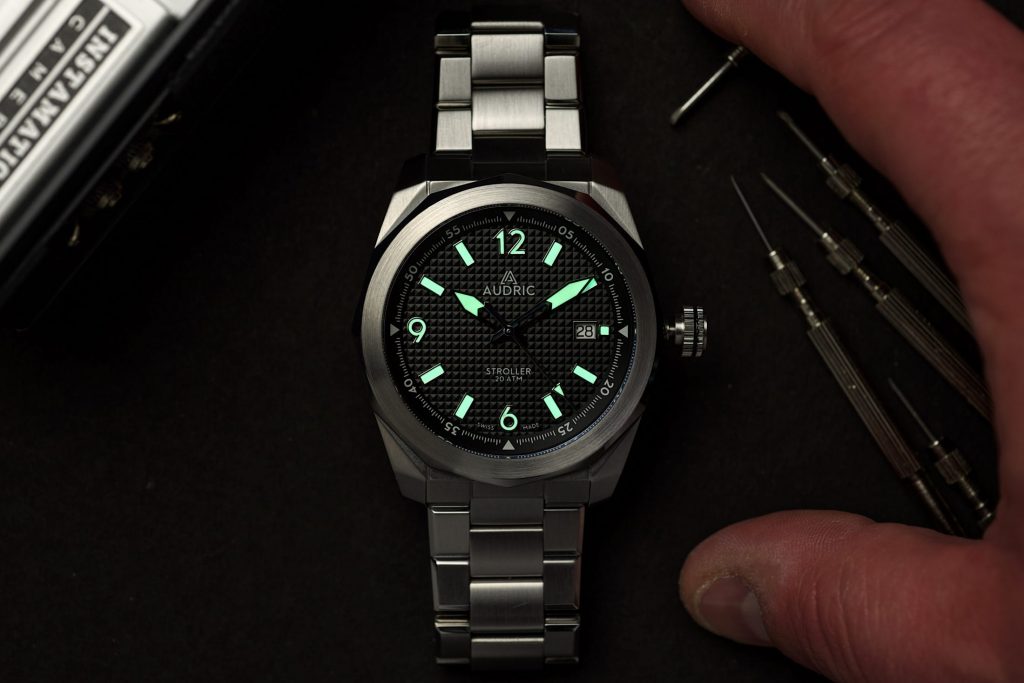 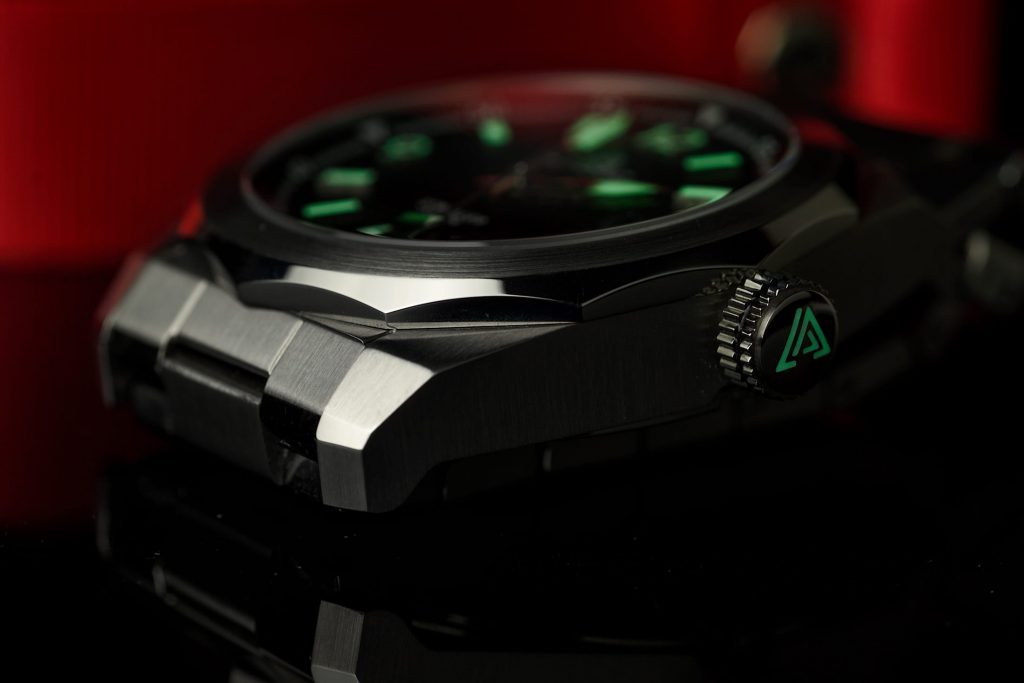 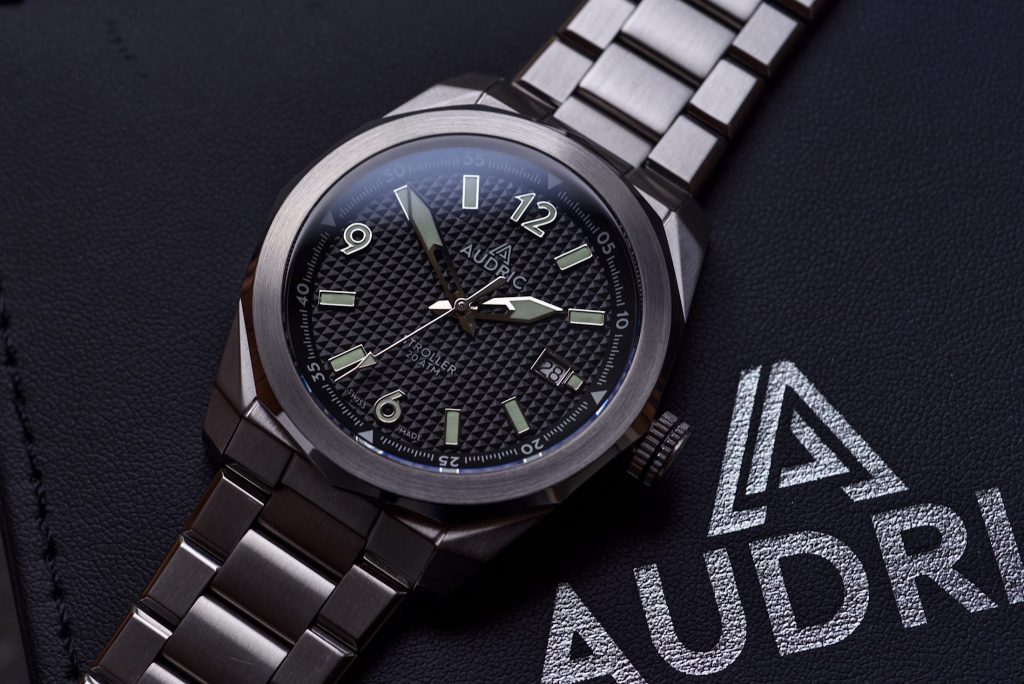 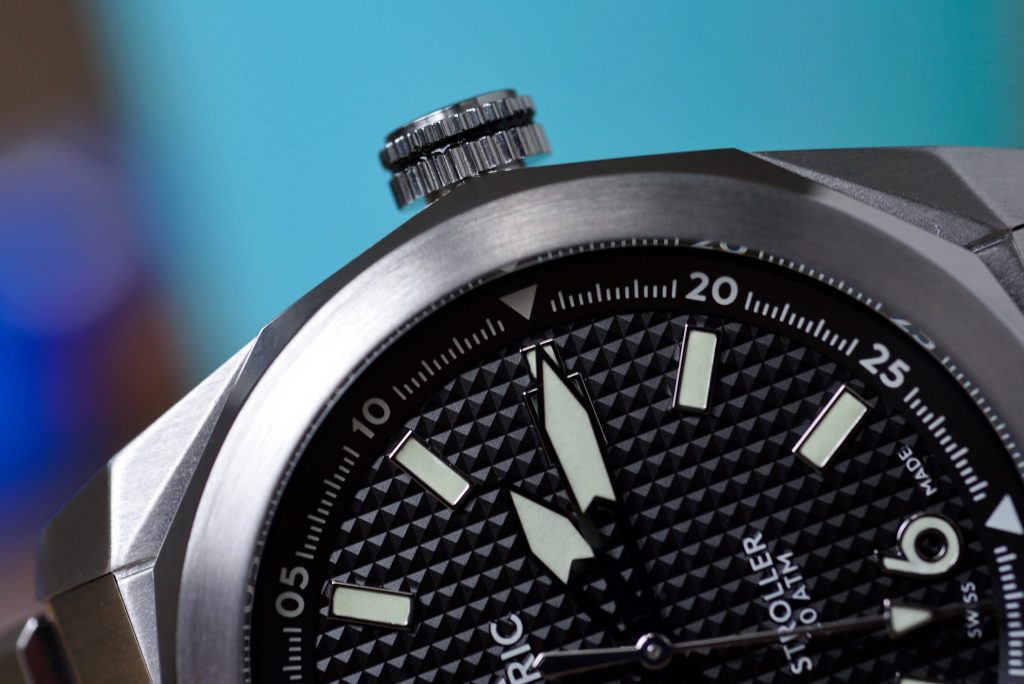 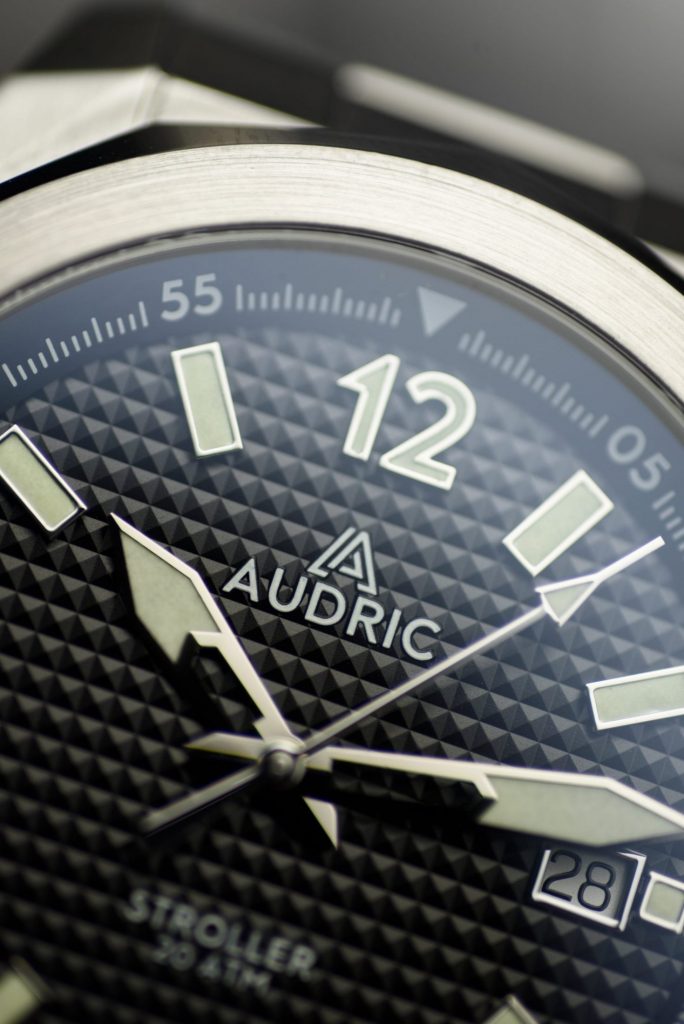 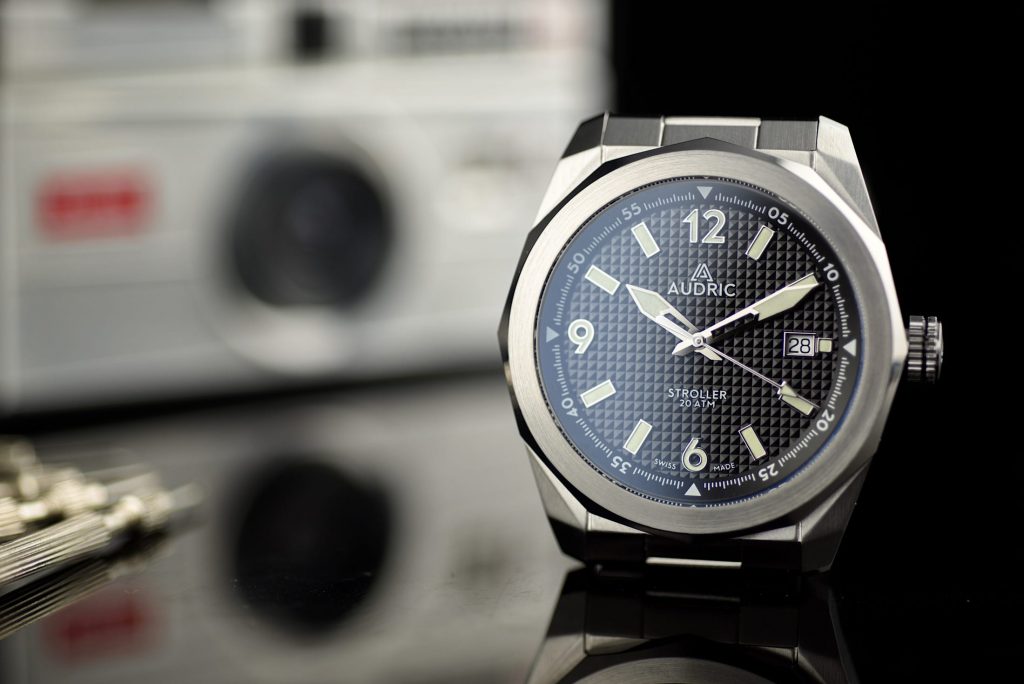 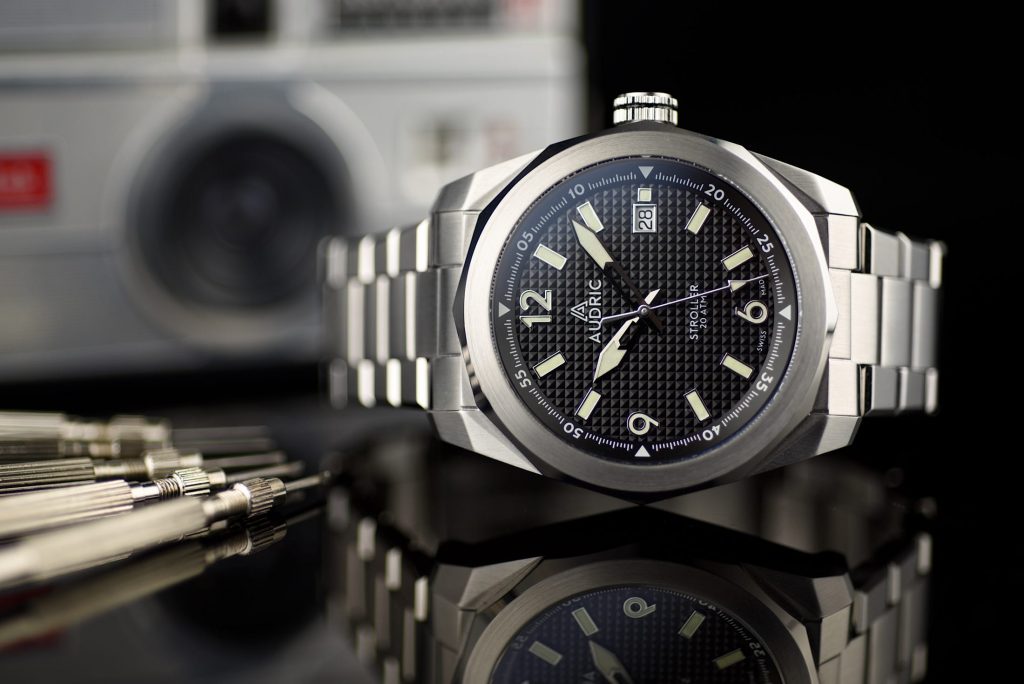 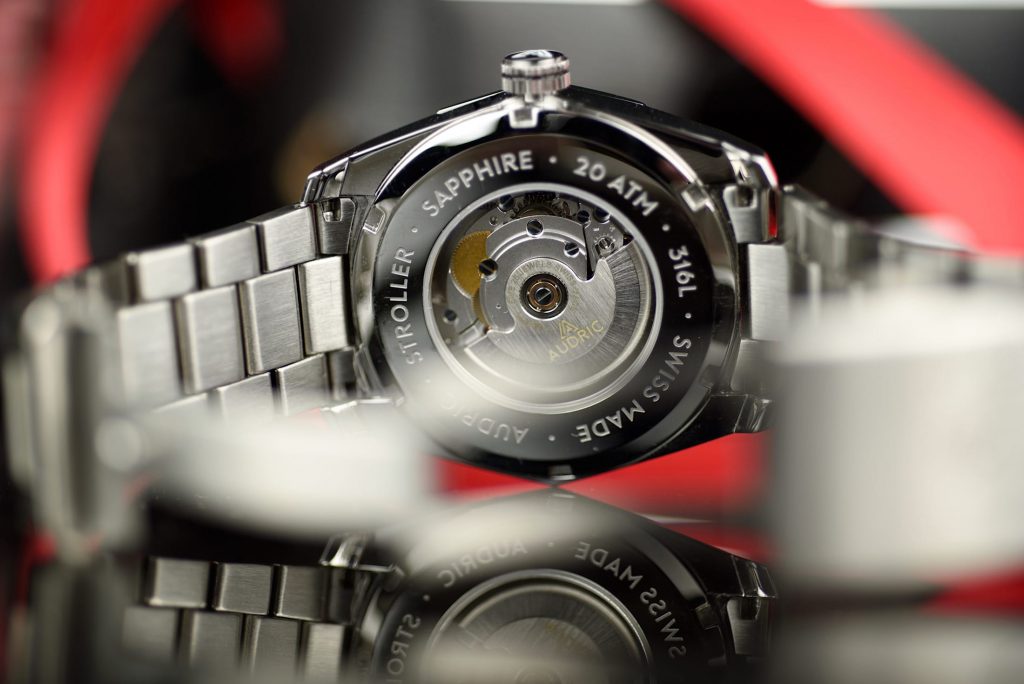 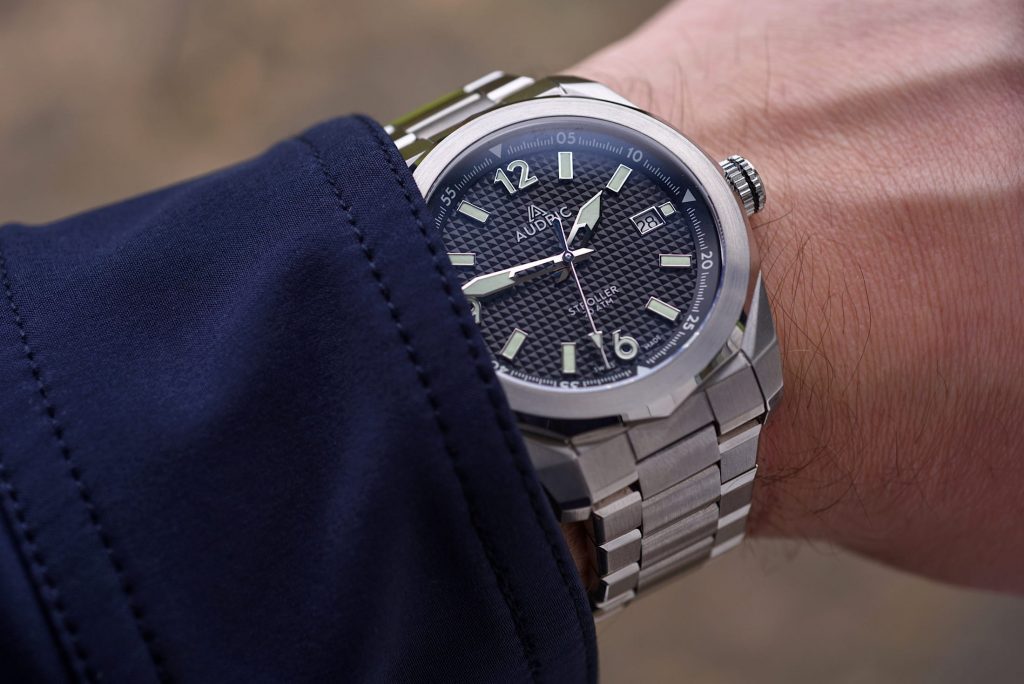 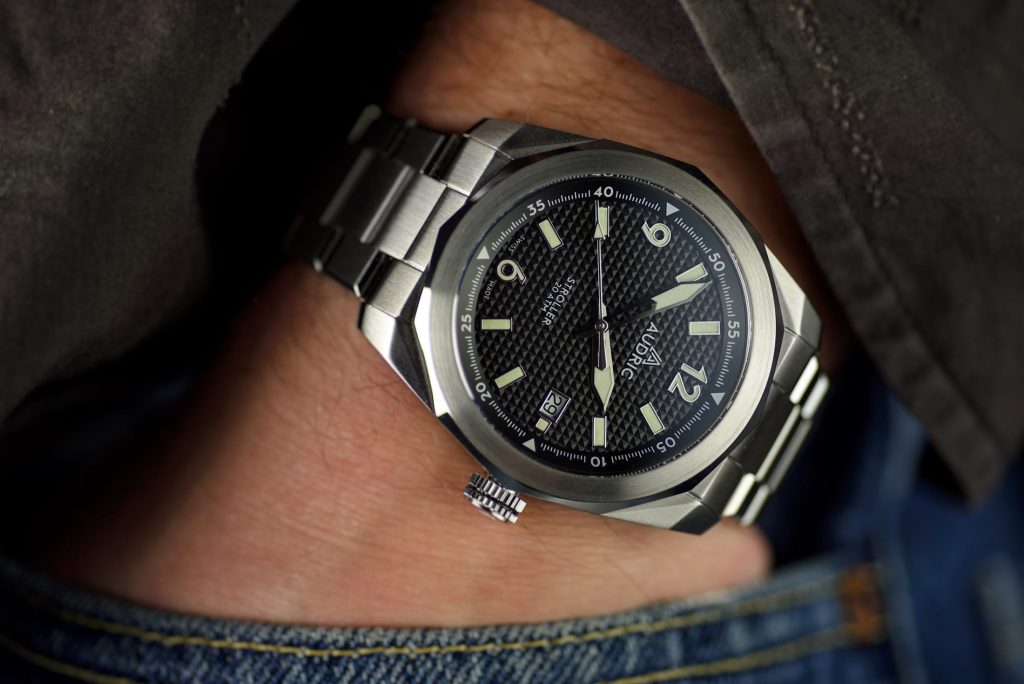